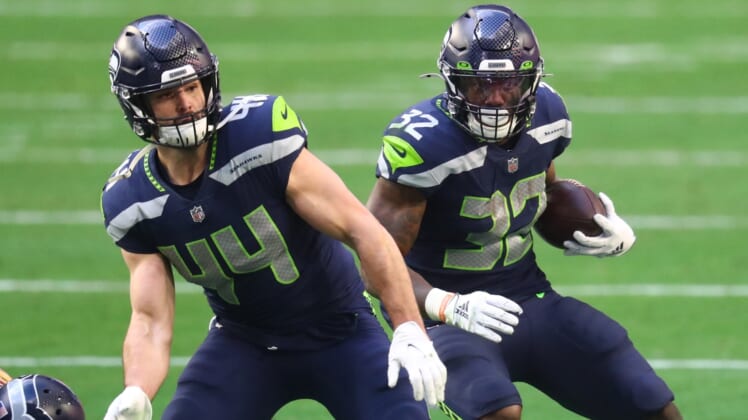 Bellore was a Pro Bowl selection for his special teams contributions last season when he had 14 tackles, but his blocking on offense is also highly valued.

Bellore, 31, spent the past two seasons in Seattle and touched the ball four times. He caught a touchdown pass in 2019 among his two receptions and carried once and caught one pass in 2020.

Earlier in his career, Bellore played linebacker and he had 83 tackles and one interception in 14 games (10 starts) in 2016 with the 49ers. The Lions converted him into a full-time fullback in 2018.