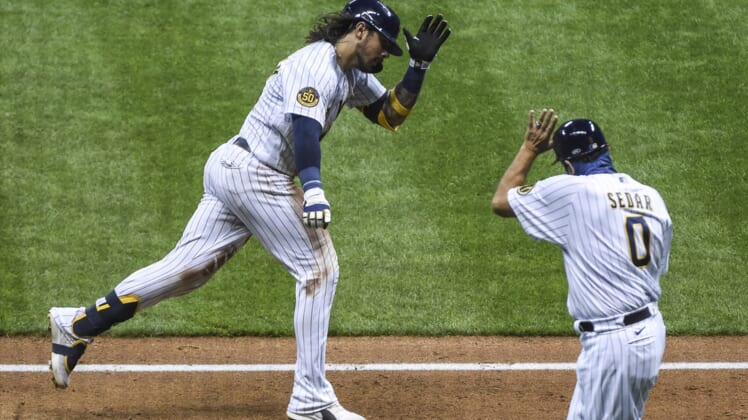 The Seattle Mariners traded catcher Jacob Nottingham back to the Milwaukee Brewers on Sunday in exchange for cash considerations.

Seattle claimed Nottingham, 26, off waivers from Milwaukee on Wednesday but designated him for assignment on Saturday.

He has not played in a game this season after undergoing surgery to repair a ligament in his left thumb in December.