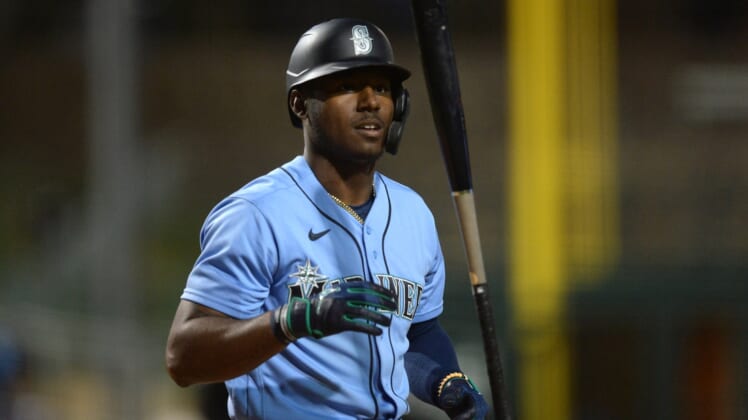 The Seattle Mariners placed 2020 American League rookie of the year Kyle Lewis on the injured list Wednesday to start the season because of a bone bruise on his right knee.

The center fielder was injured March 22 when he collided with the wall while chasing a fly ball in a spring training game against the Los Angeles Dodgers. He has not played since but the injury is not believed to be serious.

Lewis, 25, batted .262 with a team-best 11 home runs along with 28 RBIs for the Mariners last season and not only was named rookie of the year, he finished 17th in AL MVP voting.

“We need to play the long game on this,” Mariners manager Scott Servais said. “I know we get all excited about April 1 and Opening Night and what it means to our team, but we have 161 games to play after that. So just trying to rush back for one night, we’re not going to do that.”

Rookie Taylor Trammell, who was acquired from the San Diego Padres this past offseason, will likely end up with the start in center field Thursday against the San Francisco Giants. He was expected to take over in left field, with Jake Fraley possibly opening the season in left.

The Mariners also are adding right-hander Drew Steckenrider to the Opening Day roster, according to The Athletic. The reliever, who is not yet on the 40-man roster, has not pitched in the big leagues since 2019 with the Miami Marlins. He is 5-7 in 123 career relief outings, all for the Marlins, with a 3.72 ERA.