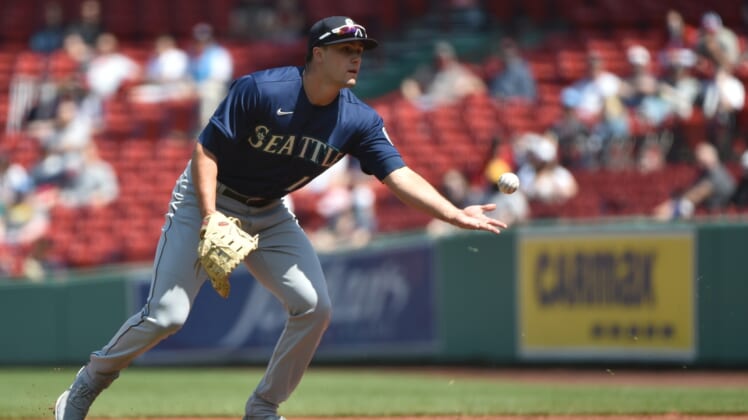 White, a Mariners first-round pick in 2017 (17th overall) and Fletcher are available for Tuesday’s home game against the Baltimore Orioles.

He was baseball’s first rookie first baseman to win a Gold Glove Award since the award was created in 1957.

Fletcher, 25, is rated the No. 18 prospect in the Mariners organization, according to MLB Pipeline.

Tapia, 29, pitched in two games with Seattle this season, allowing no runs in two innings.