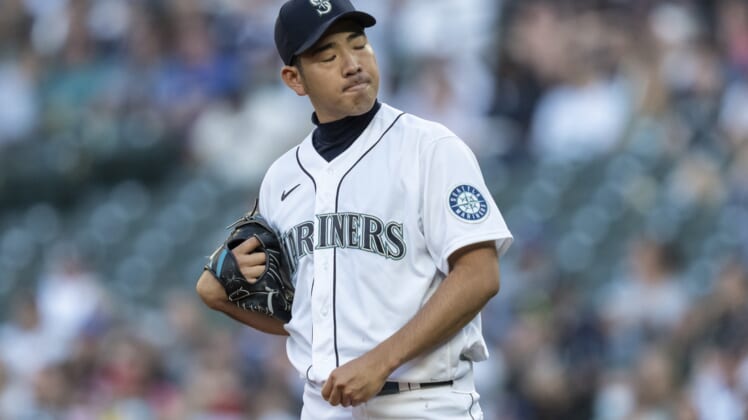 The Seattle Mariners reinstated pitcher Yusei Kikuchi from the COVID-19 injured list Monday, just in time to allow the left-hander to pitch for the American League in Tuesday’s All Star Game at Denver.

Kikuchi was sent to the COVID IL on Sunday after experiencing a known symptom of the virus. He already had been vaccinated and was reinstated after multiple negative tests.

The first-time MLB All-Star had been an All-Star three times in his native Japan. He is the 14th Japanese-born MLB All-Star and fifth with the Mariners.

To make room on the active roster, infielder Donovan Walton was optioned to Triple-A Tacoma, while right-hander Will Vest was designated for assignment to open a 40-man roster spot. Walton had been recalled Sunday when Kikuchi went to the IL.

Walton, 27, who has been called up to the Mariners four times already this season, is hitting .206 with two home runs and seven RBIs in 22 games.