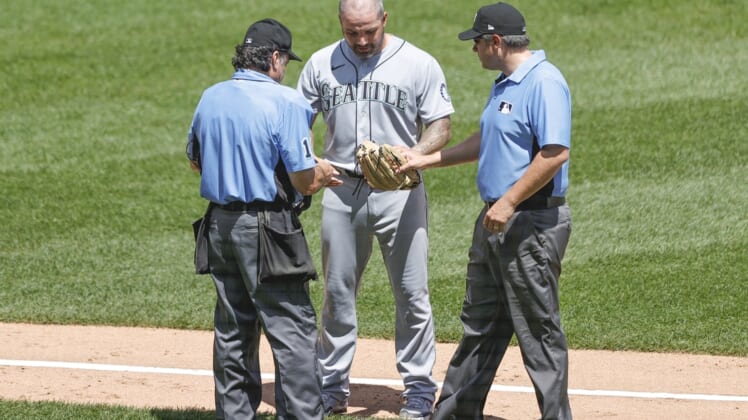 Seattle Mariners left-hander Hector Santiago is appealing the 10-game suspension handed down Tuesday by Major League Baseball following his ejection Sunday for having a foreign substance on his glove.

Santiago’s suspension had been scheduled to begin Tuesday night with Seattle’s game in Buffalo, N.Y., against the Toronto Blue Jays. His discipline will be held in abeyance until the appeals process is complete.

Santiago, 33, was ejected by home plate umpire Phil Cuzzi during the fifth inning of the Mariners’ 3-2 road victory Sunday against the Chicago White Sox. 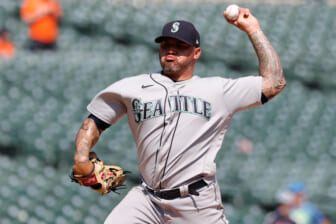 Umpires confiscated the reliever’s glove after he allowed one run on three hits while striking out four in 2 1/3 innings. The glove was reportedly sent to New York for further inspection.

After the game, Santiago said he was only using rosin and nothing else.

Santiago was the first player to be ejected for a foreign substance violation under a crackdown started by MLB on June 21.