The Seattle Mariners bulked up their pitching depth by claiming right-hander Ryan Weber off waivers from the Milwaukee Brewers on Friday.

He was claimed by Milwaukee from the Boston Red Sox on June 16 and will begin his second stint with the Mariners at Triple-A Tacoma. 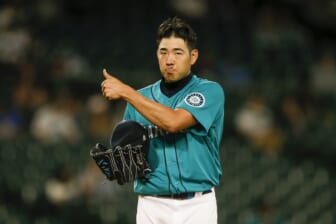 Weber made one start for the Mariners on May 13, 2017, going 3 2/3 innings, allowing one earned run and three hits at Toronto.