“It’s about building with quality people, building it the right way,” Hakstol said at his introductory press conference Thursday.

Francis said he put together a long list of candidates in 2020 and talked to Hakstol multiple times.

“It is an honor to be the first head coach of the Seattle Kraken,” Hakstol said. “I am honored to be joining this tremendous group of staff and fans. When I first saw the arena, I was blown away — it is such a unique venue. I am looking forward to being a part of the group that builds a team that plays with pride, passion and selflessness for the city of Seattle.” 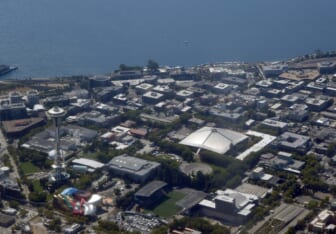 Hakstol, who is keenly involved in conversations with Francis about roster construction, described his experience with the Flyers as “phenomenal” and more recently said the perspective gained with the players as an assistant coach was a “great learning opportunity” in Toronto.

“You take a piece from every experience that you go through, have an opportunity to work with,” Hakstol said. “You learn a little bit. I believe we’re all pretty motivated to keep pushing the envelope and help our players be their very best, help them succeed.”

“I am incredibly proud to announce Dave Hakstol as the first head coach of the Seattle Kraken franchise,” Francis said. “Dave possesses great experience, a strong work ethic, a solid technical understanding of the game, and the remarkable ability to communicate clearly and effectively. I look forward to working with Dave as we strive to build a team our fans will be proud of.”

Hakstol, an Alberta native, spent 11 seasons as the coach at the University of North Dakota before joining the Flyers. He posted a 289-143-43 record and reached the NCAA Frozen Four seven times.