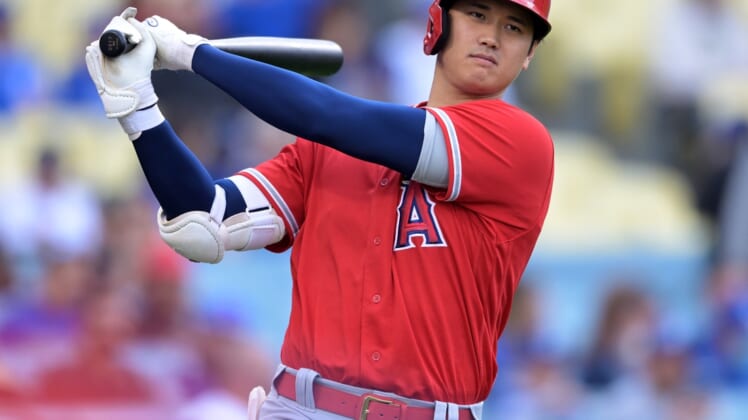 Can the Braves repeat?

No World Series champion has repeated since the New York Yankees won three straight crowns from 1998-2000. And it surely won’t be easy for Atlanta as it recorded just the fifth-most wins (88) in the National League last season prior to its fabulous postseason run.

Atlanta also has outfielder Marcell Ozuna back from a domestic violence situation that ended his 2021 season in late May. Adam Duvall’s power bat is still around so offense doesn’t appear to be an issue for a team looking for its fifth straight NL East crown.

The pitching will decide if the Braves repeat. Left-hander Max Fried is 38-13 over the past three seasons and right-hander Ian Anderson is on the verge of developing into one of the league’s top hurlers. Veteran right-hander Charlie Morton is another reliable starter and the club added long-time closer Kenley Jansen to make the bullpen better.

Los Angeles Angels two-way star Shohei Ohtani was the unanimous American League MVP last season and now he will be helped by a rule meant to benefit — well, just him.

So, the player who slugged 46 homers last season will receive more opportunities at the plate. There was a game against the New York Yankees last June 30 in which Ohtani was torched for seven runs in two-thirds of an inning before being removed from the contest. The Angels were forced to use pitchers and pinch-hitters in Ohtani’s spot the rest of the game. This season, he will be able to remain in the contest under such a circumstance.

That’s a win-win for baseball fans and a huge victory for the Angels, who are hoping Mike Trout (36 games in 2021) can remain healthy to team up with Ohtani this season.

Mets spend to the Max

New York owner Steve Cohen opened his pocketbook and lured three-time Cy Young winner Max Scherzer to town with a three-year, $130 million deal. The transaction was stunning as it allocated an average salary of $43.3 million to a 37-year-old pitcher. Scherzer was to team with fellow right-hander Jacob deGrom to form dual aces. Of course, deGrom is out again with a shoulder injury so Scherzer will be a solo ace for at least the first two months of the season.

New York also added infielder Eduardo Escobar and outfielder Starling Marte to a team with slugger Pete Alonso and comeback-candidate Francisco Lindor. But for the Mad Max deal to be worth it, the Mets must reach the postseason.

The Seattle Mariners are owners of the longest playoff drought in the majors, last cracking the postseason in 2001 when they won a franchise-record 116 games. But after narrowly missing with a 90-win campaign in 2021, Seattle is a trendy pick to halt that dubious streak.

The Mariners added left-hander Robbie Ray, the 2021 AL Cy Young winner with the Toronto Blue Jays, to lead their rotation and acquired All-Star outfielder Jesse Winker from the Cincinnati Reds to add to the offense. Also creating optimism is that top-flight outfield prospect Julio Rodriguez (or J-Rod) made the Opening Day roster and is expected to contend for top rookie honors.

The Los Angeles Dodgers won 106 games last season and didn’t even have the best record in the majors. That’s because their NL West-rival San Francisco Giants recorded 107 victories. The Dodgers made enough offseason moves to challenge the 100-win mark again, while the Giants will have to exceed expectations again to approach it. The San Diego Padres also could contend.

The AL East runs four deep as the defending division champion Tampa Bay Rays are coming off a 100-win season. The New York Yankees and Boston Red Sox notched 92 wins apiece and the Toronto Blue Jays registered 91. The Blue Jays are a team to watch with Vladimir Guerrero Jr. only scratching the surface of his stardom.