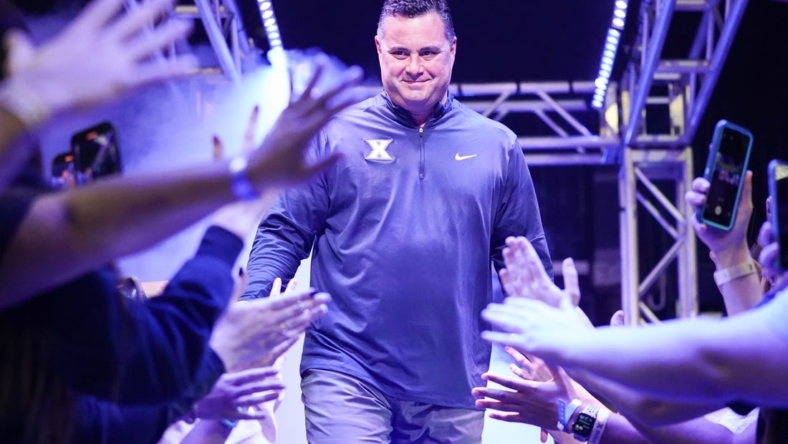 The Xavier Musketeers and Morgan State Bears meet on Monday in a game both schools hope is a springboard to better times for their respective programs.

Sean Miller returns to the Cincinnati school after 12 seasons at Arizona. Miller coached the Musketeers for five seasons between 2004 and 2009, leading Xavier to the Elite Eight in 2008 and the Sweet 16 in 2009.

Travis Steele was fired on March 16, 2022, the day after the first win in the NIT. Assistant coach Jonas Hayes led Xavier to its second-ever NIT title with a 73-72 win over Texas A&M.

Miller’s Musketeers struggled to find rhythm for most of the exhibition game against Division II Kentucky Wesleyan on Wednesday before holding the visitors scoreless over the final six minutes in an 80-62 win.

Xavier, which last played in the NCAA Tournament in 2018, finished 8-11 in the Big East last year. They will lean on junior guard Colby Jones, the NIT MVP, for leadership.

“He embodies the qualities that you want in a team. He does everything,” Miller said. “He takes pride in defense. He rebounds the ball. He’s very unselfish on offense. His overall well-roundedness is what makes him such a good player.”

Under fourth-year head coach Kevin Broadus, Morgan State of the Mid-Eastern Athletic Conference finished 13-15 last season, including 7-6 in the MEAC.

“We didn’t shoot the ball particularly well as a team, and on the flip side, we didn’t defend anyone,” Broadus said. “So, I went out, and I think I got some shooters, and I really got some defenders. We plugged a big hole in the middle, going to get a big guy (Turner). I like the way the team is shaping up.”