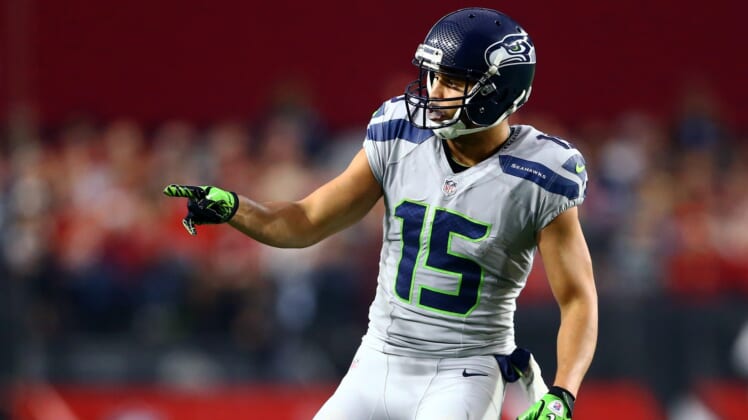 The Seattle Seahawks have reportedly traded receiver Jermaine Kearse to the New York Jets ahead of the Sept. 2 cut date.

My source is telling me that Jermaine Kearse has been traded to the NY Jets. #Seahawks

The Seahawks are landing Sheldon Richardson as part of this deal.

Once thought to be the next big thing for the Seahawks, Kearse has fallen out of favor with the organization as the likes of Paul Richardson and Tyler Lockett have emerged. He’s been on the trade block for a few days, at the least.

Since the 2012 season, Kearse has appeared in 69 games. He emerged as a potential star in the making during the 2015 season when he hauled in 49 catches for 685 yards and five touchdowns. However, last year he caught less than half the passes that came his way, finishing with 41 receptions for 511 yards and one touchdown.

The Jets have a dire need of help at the receiver position, so this trade makes perfect sense. Kearse will immediately be one of their best receivers, though it remains to be seen if any quarterbacks on New York’s roster can get him the ball with any consistency.

The veteran receiver signed a three-year deal worth $13.5 million before last season, with $6.3 million guaranteed upon signing. He’s due to make $7.2 million the next two years.

The Seahawks landing Richardson is scary for the rest of the NFC. He’s one of the better interior linemen in the league when motivated. And Seattle’s locker room won’t tolerate any bull.