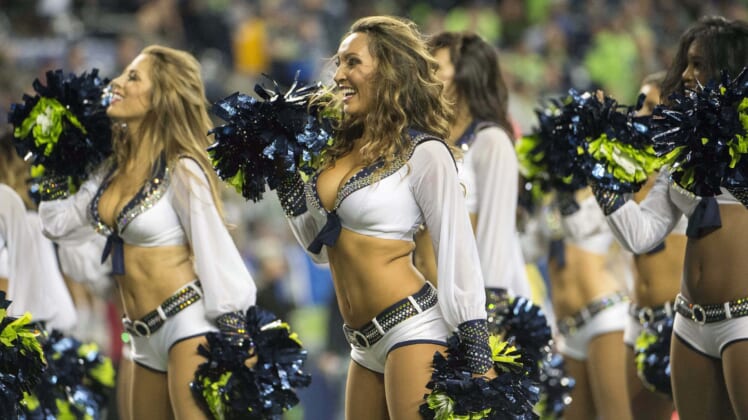 The Seattle Seahawks are the latest NFL franchise to add male dancers to their cheer squad. This, in turn, ends the SeaGals era that began in 1976.

The Seahawks released a statement about what they will now call “The Seahawks Dancers” moving forward.

“(There is) no specific reason other than just an evolution of the program, similar to other entertainment updates we’ve made over the years such as the addition of our Blue Thunder drum line in 2004,’’ wrote Kaitlin Goodall, director of business communications, in an email, per Bob Condotta of The Seattle Times. “The Sea Gals have been an integral part of the Seahawks organization for decades, and the Seahawks Dancers will continue to carry on the legacy of great gameday entertainment as well as work in the community.’’

According to the report, the Seahawks now join the Indianapolis Colts, Los Angeles Rams, New Orleans Saints, Philadelphia Eagles, and Tennessee Titans as teams that have brought men in to participate in their sideline cheering routines.

Goodall further elaborated on what will be a new experience for fans to enjoy.

“The new name reflects a continued evolution to our overall gameday entertainment,’’ Goodall wrote. “We are excited for fans to see a new variety of dance styles this season.’’

It should be interesting to see if more teams follow suit on what is now becoming an equal-opportunity trend in the league.