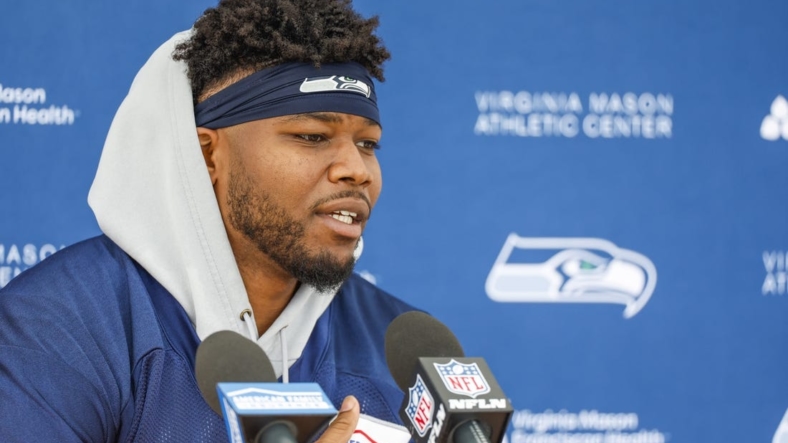 Penny has yet to suit up in the preseason after missing time earlier this month due to a groin injury.

The Seahawks also will be without rookie running back Kenneth Walker III (hernia) on Friday.

Penny, 26, has played in just 37 of a possible 65 regular-season games since being selected by Seattle in the first round of the 2018 NFL Draft out of San Diego State.

He displayed some of his promise late last season when he rushed for at least 135 yards in four of Seattle’s final five games. He averaged 7.3 yards per carry during the stretch while compiling 671 yards and six rushing scores on 92 carries.

Overall, Penny had a career-best 749 rushing yards last season to raise his career count to 1,572. He has scored 12 touchdowns — 11 on the ground and one as a receiver.