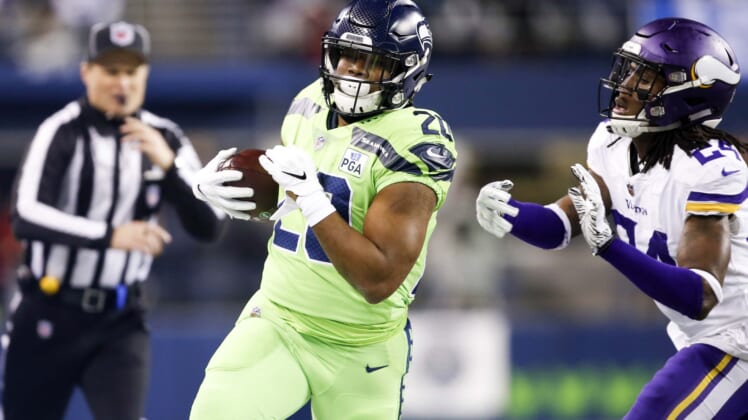 Seattle Seahawks running back Rashaad Penny will miss the rest of the season with an ACL injury suffered Sunday night against the Los Angeles Rams.

Head coach Pete Carroll told reporters Monday that doctors knew Penny’s injury is “significant” enough to be season ending even before the MRI results came back.

That means Penny could end up undergoing surgery with a lengthy recovery time, if it’s an ACL tear, as this information appears to indicate.

The injury to Penny comes at a time when he was finally starting to carve out a meaningful role within the offense for the first time since being selected in the first round of last year’s draft.

Prior to Penny suffering the ACL injury, he had piled up 236 yards and three touchdowns from scrimmage in his two previous games.