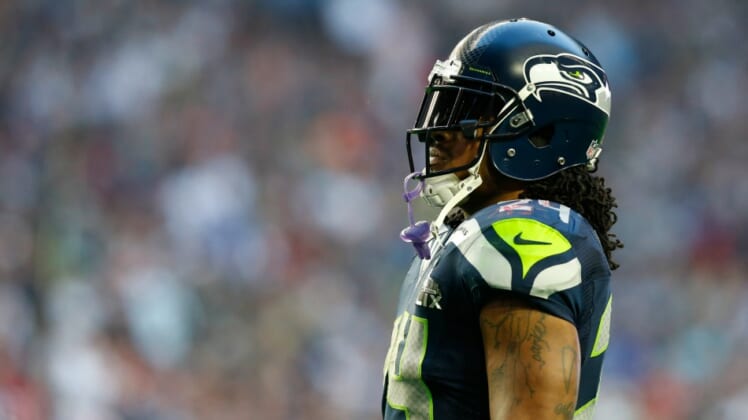 The Seattle Seahawks are apparently doing everything in their power to convince running back Marshawn Lynch to return for the 2015 season.

Reportedly considering retirement after a long past two seasons, Lynch continues to see overtures thrown his way from the organization.

A recent report from Yahoo Sports suggests that Seattle is willing to pay Lynch between $11 and $12 million for the 2015 season and about $9 million for the 2016 campaign. A new two-year deal in the $10 million per year range would be absolutely insane for a running back in today’s NFL.

With that said, Lynch has proven that he’s one of the most valuable non-quarterbacks in the league today. The veteran tallied a ridiculous 1,673 total yards and 17 scores for the two-time defending NFC champs last year. In addition to this, he totaled 26 percent of the team’s offensive yards and 43 percent of its total touchdown output.

For Lynch, the decision to return might not have as much to do with money as it has to do with his long-term health. Injuries that have come with the wear and tear of shouldering the load for two long seasons may play a larger role in his decision.

At 28, Lynch has his entire life to think about. There’s no reason for him to put his long-term health at risk by returning to play in 2015.

As it relates to Seattle, this definitely shows a commitment on its part. With Russell Wilson slated to receive a long-term extension and multiple key free agents, general manager John Schneider and company are making it clear that retaining Lynch is a priority.

If Lynch does decide to hang it up, the team could either stick with the young running back combination of Christine Michael and Robert Turbin or look at the veteran market.

As good as Dallas Cowboys running back DeMarco Murray was this year, he’s not going to receive a deal that averages out to $10 million per season. There’s also talk that Minnesota Vikings running back Adrian Peterson—a year older than Lynch—wants to find a new team. Interestingly enough, this reported contract offer would make Lynch the second-highest paid running back in the NFL behind Peterson.