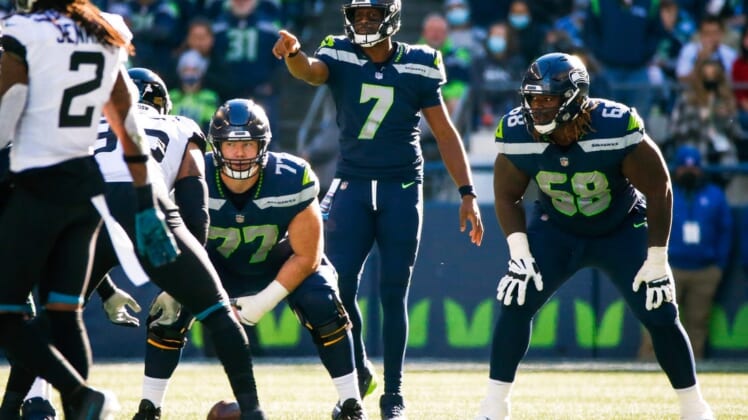 Seahawks left guard Damien Lewis sustained a right ankle injury in the second quarter of Seattle’s 27-11 loss to the Chicago Bears on Thursday, and he was carted off the field.

An air cast was placed on Lewis’ ankle before the third-year player was driven off the field.

Seattle’s DeeJay Dallas ran for a 2-yard gain on the play. Angelo Blackson made the tackle but rolled on Lewis’ ankle in the process.

Bears linebacker Caleb Johnson also went down on the same play, but he eventually walked off the field.

Lewis, 25, was replaced by Phil Haynes, who has been with the Seahawks since 2019 but has started just seven games.

Lewis was selected by Seattle in the third round of the 2020 draft out of LSU, and he started every game as a rookie. Last season, he started 13 games.