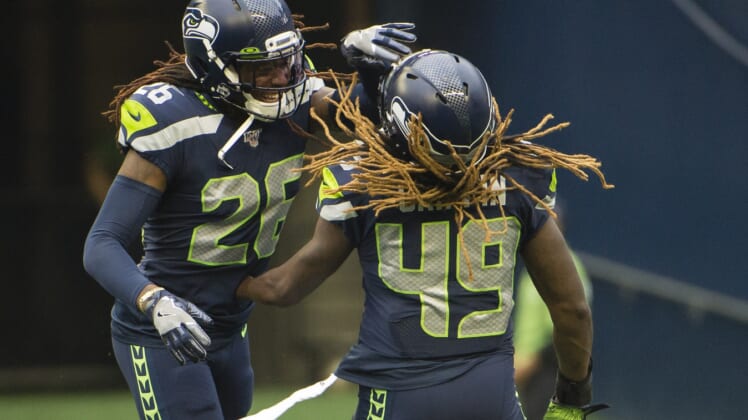 Seattle Seahawks linebacker Shaquem Griffin has made a difference in countless lives since he lost his left hand and became a football player and an inspiration. Now, he’s becoming a difference-maker in Seattle’s defense.

On a third down for the Philadelphia Eagles, Griffin exploded past the line of scrimmage and into the backfield to blow up the running back and create a huge turnover for the Seahawks’ defense.

After delivering the big hit to create the fumble, Griffin kept hustling down the field and picked up the loose ball at the 19-yard line before taking it down to the five-yard line.

While officials ruled the ball down after the defensive lineman’s knee hit the turf, it still resulted in a game-changing turnover for the Seahawks and a big play in Griffin’s inspiring career.