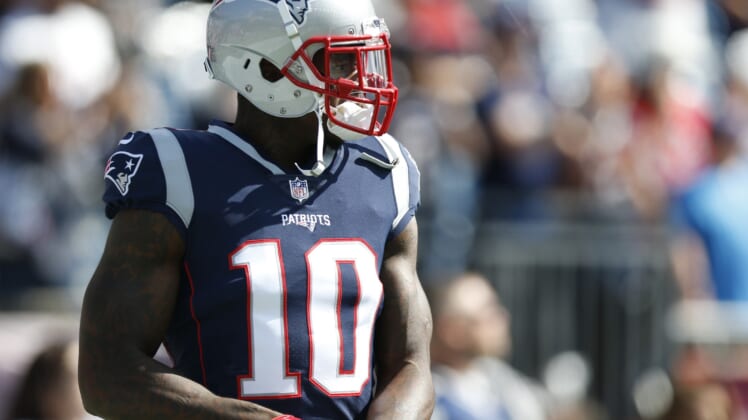 We got the first glimpse of Josh Gordon in a Seattle Seahawks uniform earlier on Thursday after they picked him up off waivers last week.

The expectation all along has been that Gordon would make his debut with Seattle against the San Francisco 49ers on Monday night.

That might now be in question. Gordon already popped up on the Seahawks’ injury report with a new ailment to his ankle.

Listed as a limited participant, it’s not yet known what this means for Gordon over the short term. The former Pro Bowl receiver was dealing with a knee injury that landed him on injured reserve with the New England Patriots before they released him.

Set to take on an undefeated 49ers team that ranks No. 1 in the NFL against the pass Monday night, Seattle could use all hands on deck.

The very same injury reported noted that starting left tackle Duane Brown and top pass rusher Jadeveon Clowney did not participate in practice. That, too, could be huge news.

San Francisco averages the most sacks per game in the NFL. Whoever mans left tackle would have to go up against Defensive Player of the Year candidate Nick Bosa.

Meanwhile, Seattle boasts one of the worst pass rushes in the NFL. Missing Clowney for this Week 10 game would be huge, especially given that San Francisco is averaging nearly 30 points per game this season.

At 7-2 on the season, Seattle is pretty much in must-win mode if it wants to compete in the NFC West moving forward. A loss here would move the team to 2.5 games behind San Francisco.