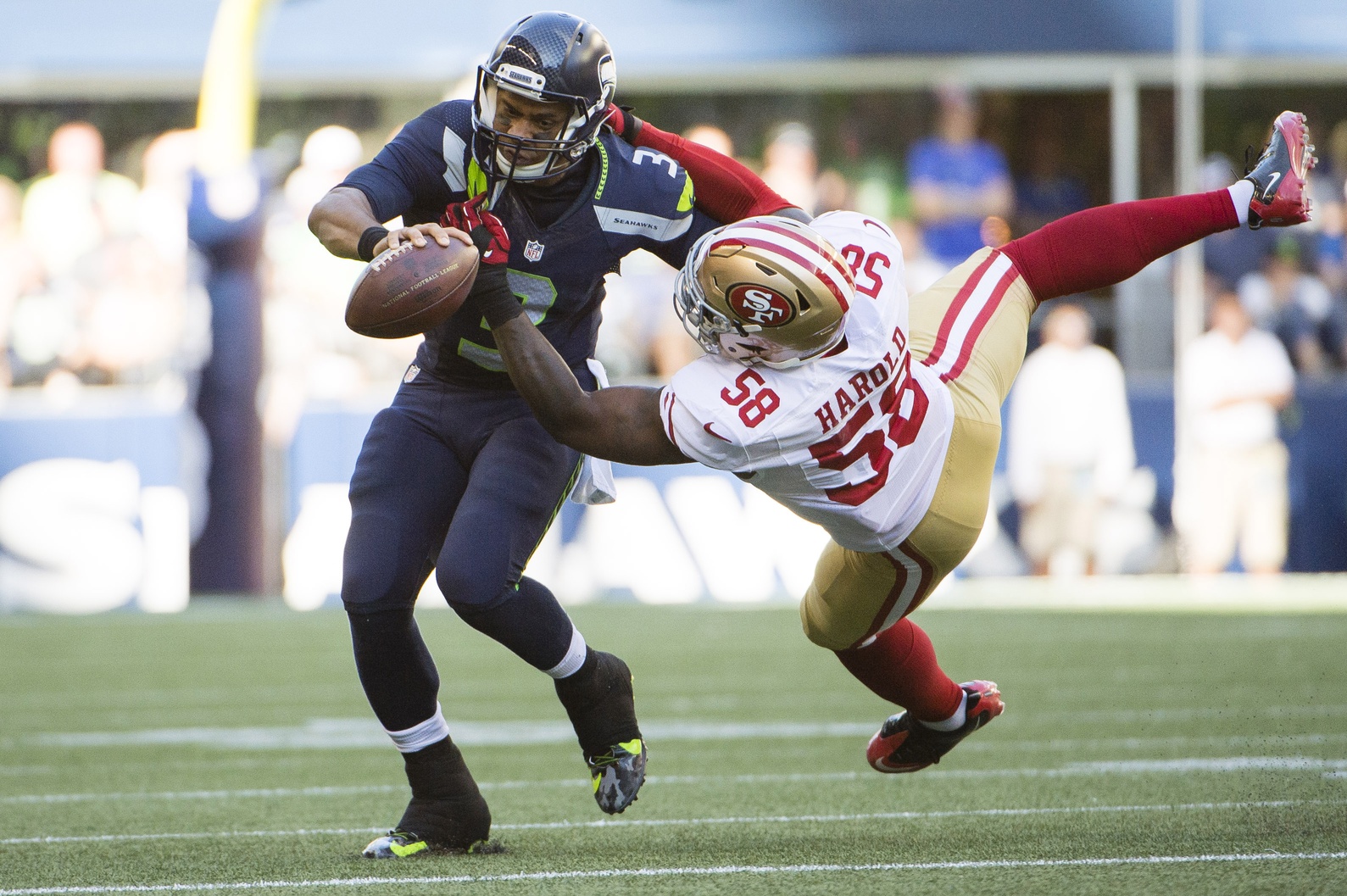 Russell Wilson is expected to play this weekend for the Seattle Seahawks against the New York Jets despite suffering a knee injury in the game against the San Francisco 49ers last Sunday.

After practicing on Wednesday and being expected to practice fully on Thursday afternoon, it would be surprising to see him sit on Sunday.

Wilson’s sprained knee will likely limit his mobility, and with how poor his offensive line is, that’s going to be a bad sign for his health long-term.

The Jets objectively have one of the better pass rushes in the NFL, and that is a scary situation for the Seahawks.

Seattle would have been better off just letting Wilson sit this week and having Travone Boykin play a run-heavy offensive game plan.

The Jets are not juggernauts, but with their talented pass rush and blitz-heavy scheme present issues, especially considering Seattle boasts one of the worst offensive lines in the game.