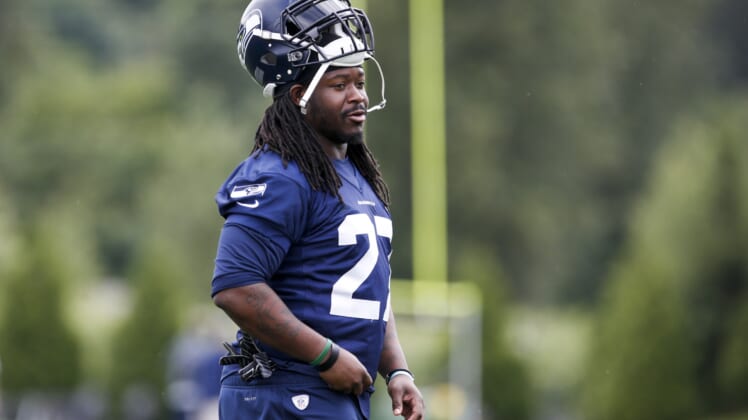 This would be the ultimate troll job after his career with the Green Bay Packers came to an abrupt end following last season.

In talking about his first regular season game as a member of the Seattle Seahawks, former Packers Pro Bowler Eddie Lacy indicated that he’s contemplating doing the famed Lambeau Leap should he score in his return to Green Bay Sunday.

Eddie Lacy's been thinking for days whether to do Lambeau Leap if he scores vs former Packers Sunday. "I don't want to get pushed back down" pic.twitter.com/4zYRhqNKIC

Now, that would be a whole lot of fun. It would also likely bring some mixed reactions from cheese heads in Green Bay.

Prior to signing with Seattle in the offseason, Lacy played four seasons with the Packers. He put up over 3,000 total yards and 24 touchdowns in his first two seasons with the team before dealing with conditioning issues and injuries over the past two years.

Though, Lacy appears to be 100 percent and ready to go. He might actually see a ton of action Sunday with fellow Seahawks running backs Thomas Rawls and C.J. Prosise having appeared on the injury report this week.

If Lacy decided to actually do the leap, it would definitely add to what promises to be a festive environment for the season opener.