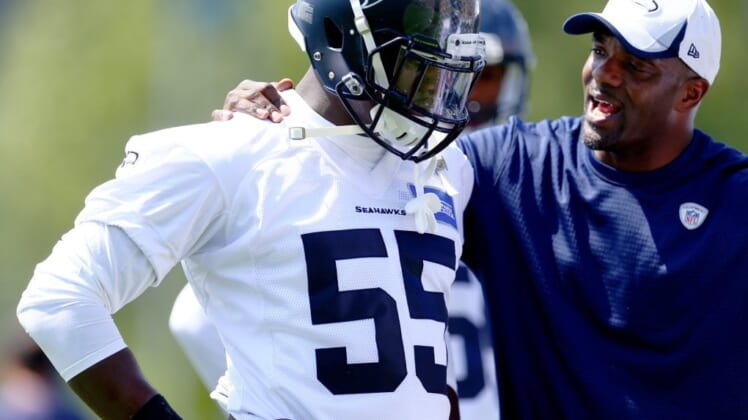 The Seattle Seahawks and star defensive end Frank Clark have yet to come to terms on a long-term deal after they placed the franchise tag on him earlier this offseason.

It’s led to speculation that Seattle could ultimately trade its leading sack getter from a season ago.

We now have some concrete information suggesting this. NFL Media’s Ian Rapoport is reporting that it’s possible Clark will be dealt during the 2019 NFL Draft next week.

After giving Russell Wilson the largest contract in league history earlier this week, Seattle might not be in position to hand Clark $20-plus million annually on a long-term deal.

If Clark is indeed moved, it would likely be for a first-round pick. The 25-year-old pass rusher has recorded a whopping 66 quarterback hits and 32 sacks over the past three seasons.