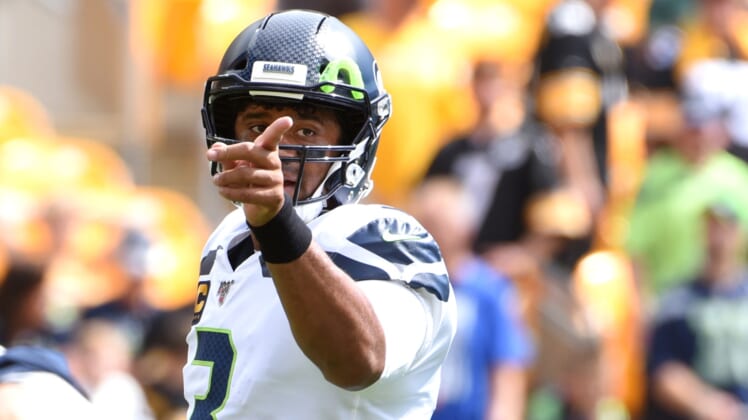 The Seattle Seahawks were lucky to find themselves down just 3-0 early in Sunday’s game against the Philadelphia Eagles after Carson Wentz missed bad on a would-be touchdown.

Within a few plays, Seattle would end up taking a 7-3 lead following a quick four-play, 75-yard scoring drive that culminated in a 33-yard touchdown on some trickery.

As you can see, Russell Wilson handed it off to Chris Carson before getting the ball back on a lateral. He then found little-known receiver Malik Turner for the score.

That worked out to perfection with Seattle fooling Eagles defensive back Jalen Mills on the play. What a tremendous call from offensive coordinator Brian Schottenheimer.