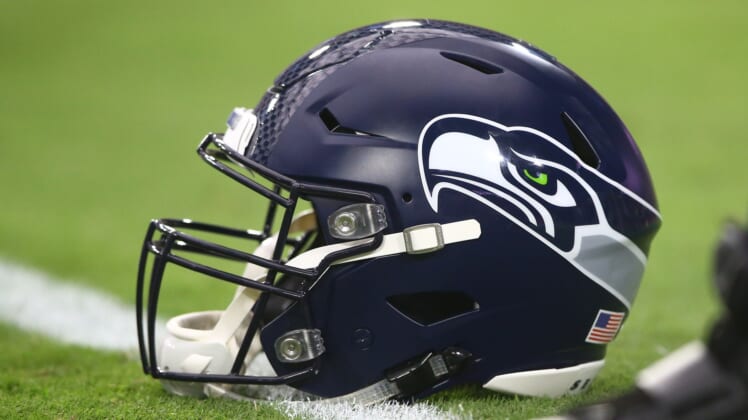 However, the tweet he posted was viewed as transphobic, and he was suspended by the team and by the company that owns radio station KIRO-FM, where Monson also hosts a daily political program.

During a debate with Republican gubernatorial challenger Loren Culp on Wednesday, Inslee, a Democrat, referred to Washington as a “science-oriented” state.

Monson took issue with the assertion, tweeting that he “could go to Olympia tomorrow and change my birth (certificate) to say I was a girl on 10/2/61.” The tweet, which has since been deleted, concluded with the line, “HAHAHAHA”

Monson, who has been with the Seahawks’ broadcast team since 2002, has worked on the pregame, halftime and postgame shows, and he also has done a weekly radio show with coach Pete Carroll.

The broadcaster, a Seattle native, did not appear at the studio Friday to tape the show with Carroll or for his talk-radio program.

Calling it a case of being taken out of context, Monson said the tweet was in no way meant to be transphobic. Instead, he meant to criticize Inslee.

As a libertarian, Monson said he “couldn’t care less” whether anyone wants to change genders, and he called the attacks on him another element of the current “cancel culture.”

“They’re saying you’re laughing at transgender people,” Monson said, according to The Athletic. “No, I’m laughing at Jay Inslee saying we are a science-based state. But I hurt a couple people I care about deeply. I personally called them … (and) said I’m sorry.”

Monson later added: “If you were hurt by that, I’m sorry. Not where I was going, not my intent.”