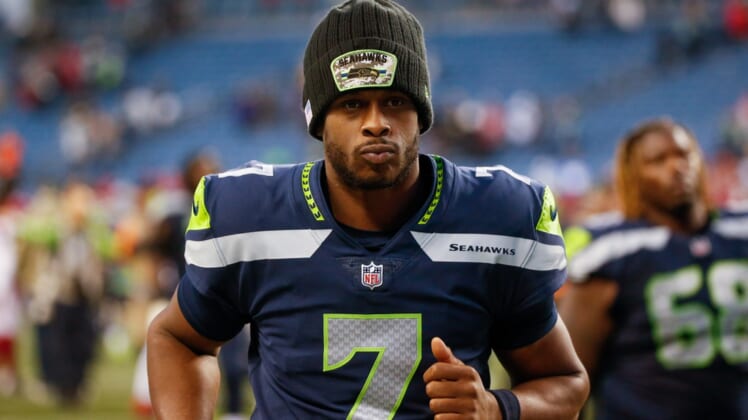 Smith, 31, was reportedly arrested at 2:10 a.m. by Washington State Patrol and released from a King County facility at 9:27 a.m.

The Seahawks issued a statement saying they are aware of the situation.

“Geno is fully cooperative with the investigation. I hope that an open mind can be kept by all as the facts are ascertained,” Fox said.

Smith started three games for Seattle this season while Russell Wilson was sidelined with a broken finger. Overall, he saw action in four games and passed for 702 yards, five touchdowns and one interception.

Smith, who just finished his third season with Seattle, was signed to a one-year deal for 2021 and will become a free agent.

Smith went 1-2 as a starter this season and is 13-21 over his NFL career. He was a second-round draft choice by the Jets in 2013 and made 29 starts over his first two seasons.