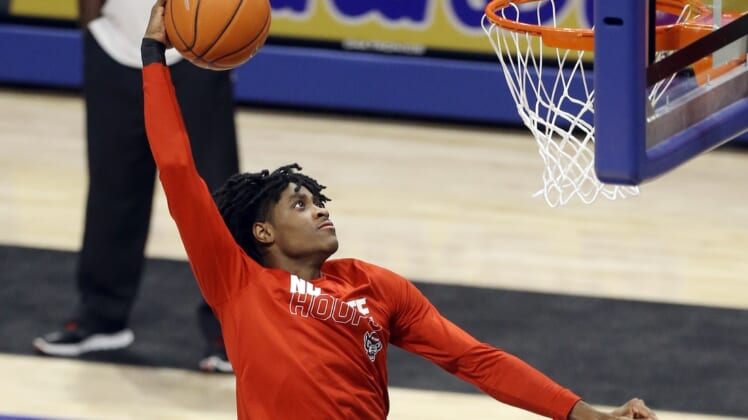 Dereon Seabron scored 17 of his team-high 21 points in the second half to lead N.C. State to a 68-63 victory over host Virginia Tech on Tuesday in Blacksburg, Va.

It was the first Atlantic Coast Conference win of the season for the Wolfpack (8-7; 1-3 ACC) and snapped their five-game losing streak..

Keve Aluma had a team-high 18 points to go along with six rebounds and two assists for the Hokies (8-6, 0-3), with Storm Murphy adding 14 points and Naheim Alleyne and Hunter Cattoor adding nine points apiece.

But N.C. State responded with a jumper by Ebenezer Dowuona and two Seabron free throws to take a 62-59 lead, one it wouldn’t relinquish with 2:17 remaining.

N.C. State outrebounded Virginia Tech 36-26, and 14 of those boards came off the offensive glass, which the Wolfpack turned into 16 second-chance points.

The Hokies are off until Jan. 12. They’ll aim to avoid suffering a third straight loss, facing rival Virginia on the road. N.C. State will host Clemson on Saturday.