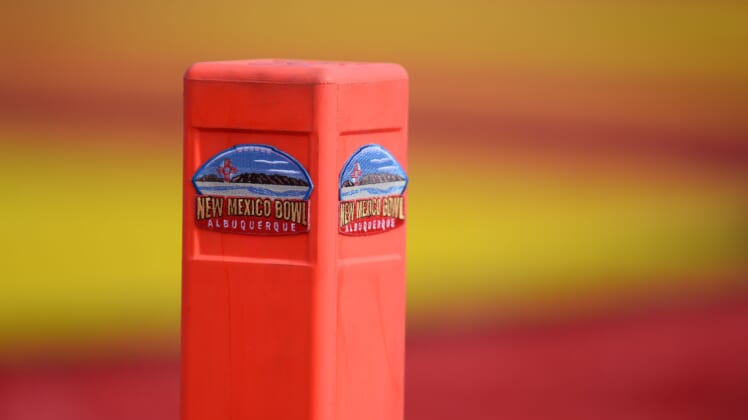 A couple of players were getting into it a bit following a first-half play during Saturday’s New Mexico Bowl, culminating with an all-time flop.

Mean Green receiver Cudjoe Young and Aggies cornerback DJ Williams were doing some hand fighting and jawing at one another. Then, at the conclusion of the fighting, Williams flopped…hard.

An A+ flop here at the end by Utah State pic.twitter.com/4iYVUAfR0J

What’s really funny about this is that an official was watching the exchange and only threw a flag after the flop. Both players were hit with unsportsmanlike conduct penalties, and they’ll have to mind their Ps and Qs the rest of the way.

A heck of a lot has transpired already in this game, including a record-breaking touchdown that barely anyone saw.