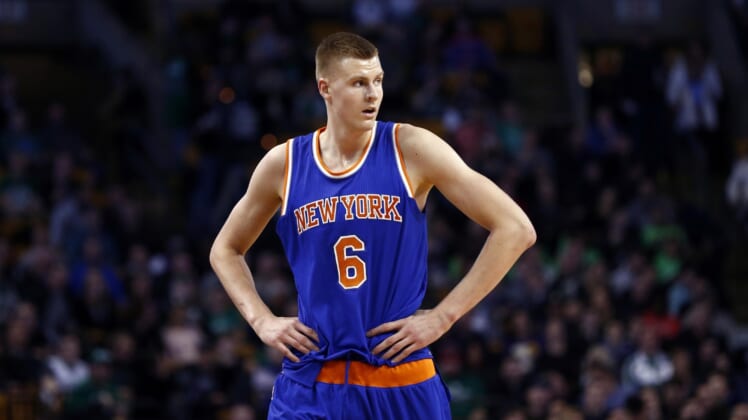 Scouts and executives around the NBA are wondering the same thing about the New York Knicks as the rest of us: why isn’t Kristaps Porzingis more involved?

Al Iannazzone of Newsday reports that people around the league believe Porzingis is “standing around too much, that [point guard Derrick] Rose rarely looks for him and that the Knicks don’t run enough plays for him.”

Porzingis is currently third on the team in usage rate at 24.0 percent behind Rose and Carmelo Anthony. Given the fact that Porzingis is very clearly a better player than both and will be a much larger part of the Knicks’ future, that number should be much higher. In fact, it should be on par with the nearly 30 percent of plays on which Carmelo Anthony is used.

As for Rose not giving him the ball enough, the point guard has passed it to Porzingis 503 times this season, or 9.5 per game. That’s barely more than Courtney Lee and nearly 200 less passes than Rose has given to Anthony. This is not enough for a player who the Knicks should hope defines their franchise for the next 10 years.

At this point, the Knicks are out of it, no matter what they want to pretend. There is no logical reason to focus on anything but tanking and developing Porzingis for the rest of the season, which is precisely why the Knicks seem to be doing the exact opposite.