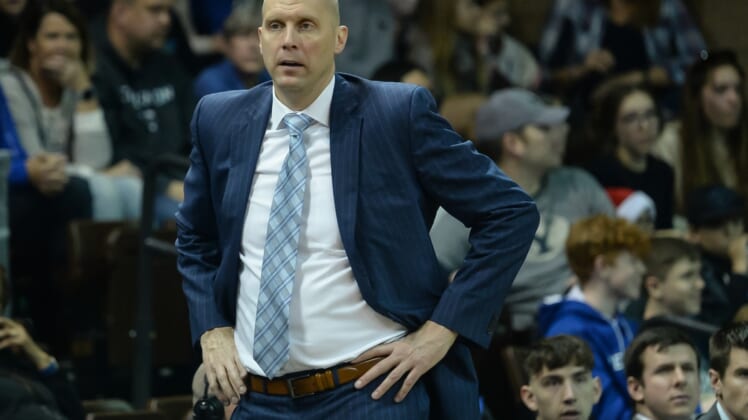 Scotty Pippen Jr. scored Vanderbilt’s final 16 points and had 23 overall to lead the Commodores to a 69-67 victory over BYU in the semifinals of the Diamond Head Classic in Honolulu on Thursday night.

Vanderbilt will face Stanford (8-4) in Saturday’s title game. The Cardinal edged Liberty 79-76 in the other semifinal on Thursday.

Alex Barcello scored 15 points for BYU (10-3) but shot just 5 of 14 from the field. Barcello missed two shots in the final eight seconds as the Cougars fell short.

Spencer Johnson and Caleb Lohner scored 11 points apiece for BYU. Trevin Knell added 10 points and Fousseyni Traore recorded nine points and 15 rebounds for the Cougars, who had a 43-31 rebounding edge.

BYU shot 41.4 percent, including 8 of 20 (40 percent) from behind the arc. The Cougars committed 19 turnovers while the Commodores had just 10.

Johnson’s basket gave BYU a 57-53 advantage with 8:07 left in the game before Pippen took over.

Pippen was scoreless in the second half until converting a layup with 7:21 remaining. He added four free throws over the next 80 seconds to give the Commodores a 59-57 advantage.

Gideon George hit a 3-pointer to put the Cougars back ahead before Pippen scored consecutive baskets to give Vanderbilt a 63-60 lead with 3:28 left.

After Barcello scored for BYU, Pippen made two layups over a 37-second span to give the Commodores a 67-62 lead.

Barcello buried a 3-pointer to pull the Cougars within two with 1:06 remaining.

Barcello scored 10 first-half points to help the Cougars hold a 35-30 lead at the break.

Vanderbilt pulled within 28-27 on two free throws by Pippen with 3:36 remaining before the Cougars scored seven of the final 10 points of the half.