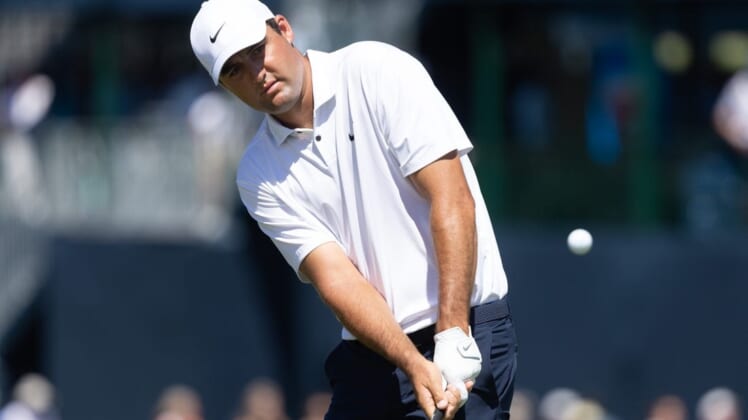 Australian Cameron Smith is the top qualifier for the International team.

The Presidents Cup will be contested at Quail Hollow Club in Charlotte, N.C., the week of Sept. 20-25.

Burns and Scheffler will make their Presidents Cup debuts. Scheffler, however, recorded a 2-0-1 record for the U.S. side at last year’ Ryder Cup, a dominating triumph for the Americans.

“Scottie is a tremendous competitor and someone who gained valuable experience last fall at Whistling Straits,” U.S. Team captain Davis Love III said in a release. “In 2022, we’ve seen his true potential shine as he’s ascended to the No. 1 player in the world, but also has cemented himself as a guy who has earned the respect of his peers and teammates. This will certainly be the first of many Presidents Cups for him.”

Love will announce six captain’s selections on Sept. 7 to round out the 12-member squad.

Kim, Conners and Pereira will be making their debuts in the event, while Scott will make his 10th start for the International side.