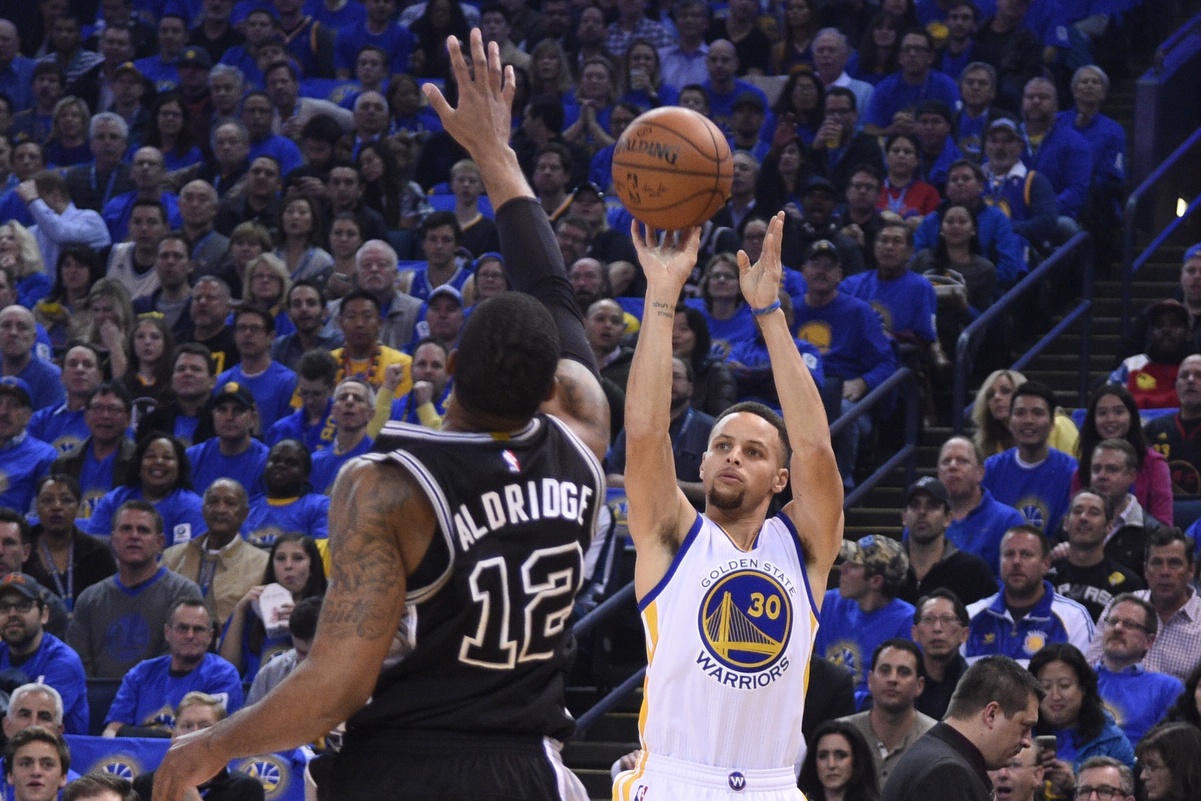 Stephen Curry is aiming to break an all-time record when the Golden State Warriors take on the Orlando Magic. With just one made three-point basket, he’ll break the record for most consecutive games with a made three-pointer.

He tied Kyle Korver last night against the Miami Heat, sinking one in 127 straight games.

Magic head coach Scott Skiles doesn’t think his team has much of a shot at keeping Curry from adding another note to his already legendary young career. Speaking with media, via Josh Robbins of the Orlando Sentinel, Skiles said “I have a hard time seeing how his streak’s ever going to end.”

Most would agree with the coach’s assessment.

In fact, you’d have to be one of the biggest optimists of all time to think that any team is going to keep Curry from dropping in at least one from down town on a nightly basis.

Already, in just 56 games, Curry has knocked in 266 three-pointers this season, averaging 4.9 makes per night at a 45.5 percent clip. What he’s doing has never been seen before, and you can bet the record books will reflect that in a few year’s time.

He only needs 20 more to match his record-breaking 2014-15 campaign, which means he should breeze past that on his way to 300-plus before the season is concluded.

One Hall of Fame coach has already concluded Curry is the best basketball player of all time. He may not be wrong, and if Skiles’ Magic can’t conjure up a recipe to stop him tonight, then he’ll take another step towards proving it on paper.