Scott Servais back in Mariners’ dugout after positive COVID-19 test 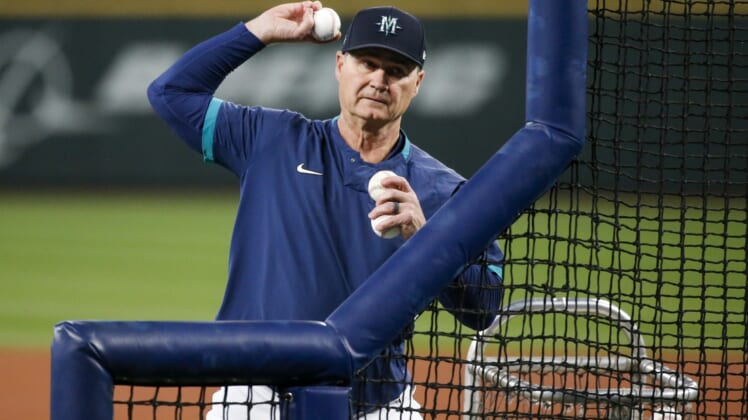 Scott Servais was back as manager of the Seattle Mariners on Tuesday night after missing the previous five games due to a positive COVID-19 test.

Servais, 54, was cleared by a team doctor and traveled from Seattle on Tuesday to rejoin the club for the opener of the three-game road series against the Tampa Bay Rays.

About one hour before first pitch, Servais walked on to Tropicana Field to resume his duties.

Scott Servais has returned to the dugout and will be managing tonight’s game. Special shoutout to @KNegs17 and the rest of the coaching staff for holding it down in Scott’s absence. pic.twitter.com/XBDVAB6IOm

Kristopher Negron served as acting manager during Servais’ absence and handled the pregame duties on Tuesday. Seattle went 4-1 under Negron.

Standout outfielder Mitch Haniger and right-hander Paul Sewald also are back with the team after their positive COVID-19 tests and were expected to be activated Wednesday.

Haniger, who was placed on the COVID-19 list on April 16, told reporters he wasn’t fit to play Tuesday after spending a few days in bed at the beginning his quarantine. Sewald threw a bullpen session on Tuesday.

Catcher Luis Torrens was activated from the COVID-19 list on Monday but wasn’t in Tuesday’s lineup against the Rays.

Haniger, 31, is batting .176 in eight games this season. He has three homers and seven RBIs. Last season, Haniger enjoyed his best campaign with career bests of 39 homers and 100 RBIs in 157 games.

Sewald, 31, has appeared in four games this season, going 0-0 with a 0.00 ERA with no walks and three strikeouts.

Torrens, 25, has appeared in four games in 2022 as a catcher and a designated hitter. He has batted .231 with four strikeouts.