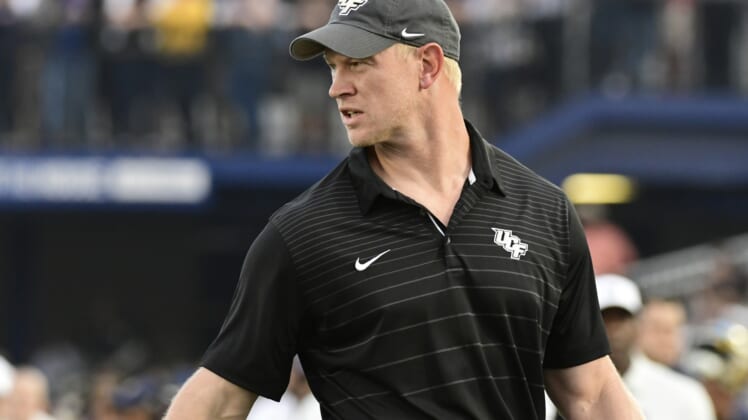 You don’t see stuff like this every day. After being announced as the next head coach of Nebraska’s football program, Scott Frost and his staff will remain at UCF to coach the Knights in their bowl game.

Wow. Big news: Scott Frost and his staff have committed to coaching UCF in the Peach Bowl, Danny White confirmed. Frost will coach the Bowl game.

Based on the way his players responded to him after Saturday’s double-overtime win over Memphis, it’s easy to see the program has a deep level of respect for Frost. This was also seen when the team’s Twitter page sent out a congratulatory message following Nebraska’s announcement.

We sent him out with a ?

Most coaches are gone at this stage in the proceedings. They are eager to get on the recruiting trail and get their new gig started in earnest.

However, we suspect this show of loyalty — both by Frost, his staff and UCF — will be even more of a message to prospective student-athletes that Nebraska is a school worth considering in the future.