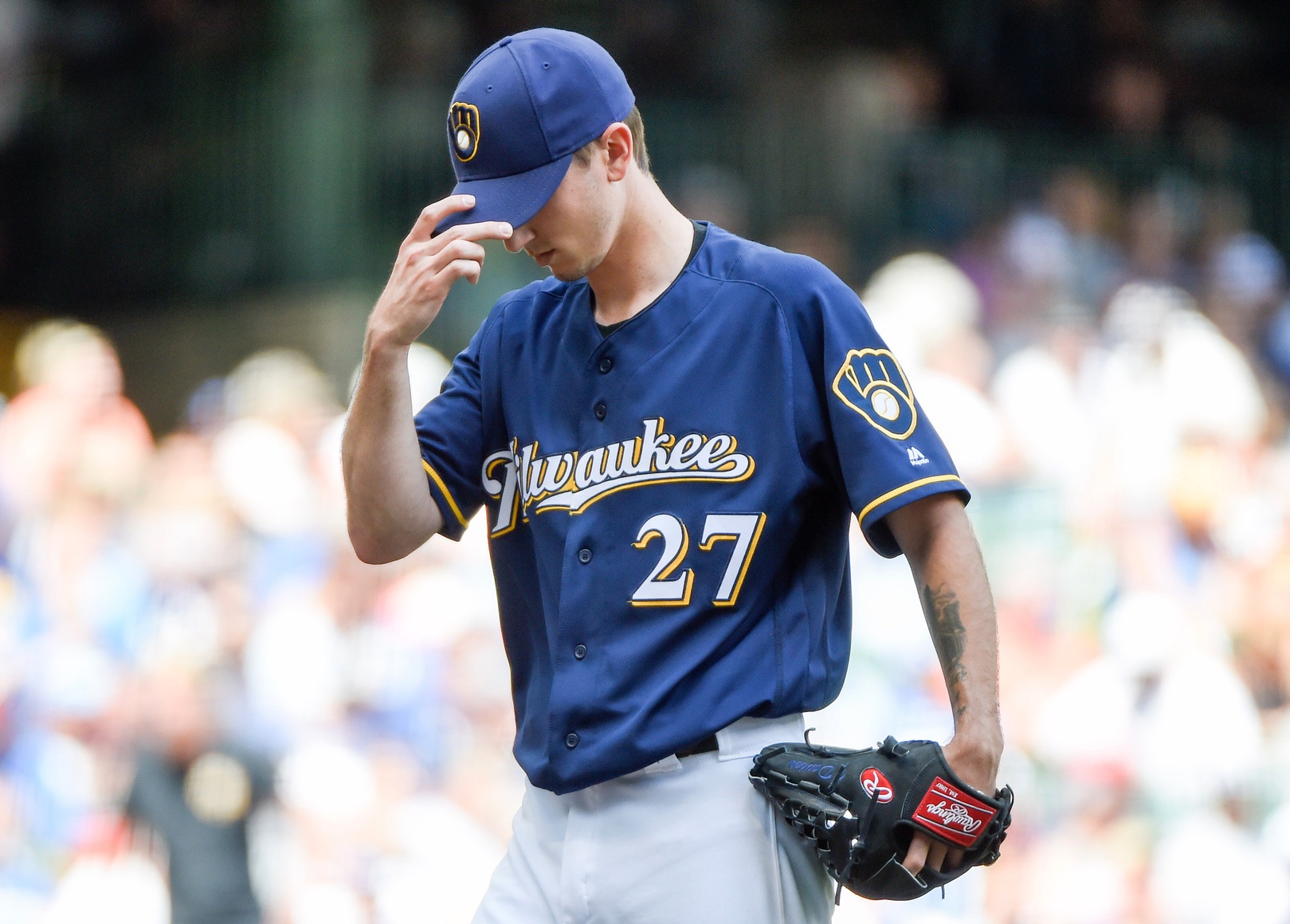 Scott Boras feels Zach Davies was treated poorly by the Milwaukee Brewers. After a strong outing against the Washington Nationals, Davies was optioned to Triple-A.

The move cleared room for Andy Wilkins, whom Milwaukee felt was necessary for bench depth. Boras — the agent of Davies — voiced his displeasure at the transaction.

“In this game, performance earns respect. After beating one of the best teams in the National League, he was told he no longer was a member of the team,” Boras said, via Tom Haudricourt, Milwaukee Journal Sentinel. “It’s disrespect for someone who will be a principal part of the organization for years to come, to add a bench player for 10 days. Not exactly a valued ethic. In this game, teams do not send down starting pitchers who are performing well.”

From a pure baseball point of view, the move makes great sense. Davies is a starting pitcher who has already made his final start prior to the All-Star break.

He can’t be recalled for 10 days but with the All-Star break coming, that won’t even cost Davies a start.

But the baseball side isn’t the only one to consider. We simply can’ forget about the human element.

In sending Davies down, the Brewers are costing him service time. That can potentially impact the timing of him becoming a free agent down the road. Additionally (per Haudricourt), this demotion will cost Davies roughly $24,000 right now.

Milwaukee was well within its rights to do this. It’s certainly true that baseball is a business, but good businesses also have business partners. With this move, the Brewers are giving a potential business partner a reason to be upset or frustrated with them down the road. At the moment, Davies isn’t upset (at least not publicly), but Boras clearly is.

It’s certainly a business move, and admittedly, stuff like this isn’t entirely unprecedented. Still, it’s generally not a kind of move pulled by the game’s top organizations.