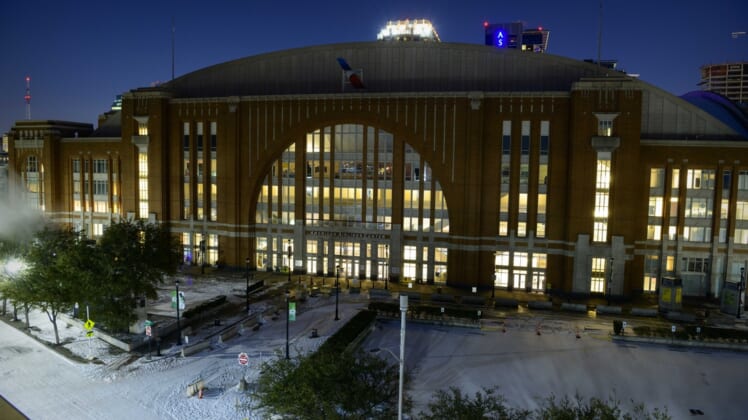 Feb 15, 2021; Dallas, Texas, USA; A view of the arena before the game between the Nashville Predators and Dallas Stars at American Airlines Center. The game is postponed at the request of the city of Dallas due to the power outages in the region. Mandatory Credit: Jerome Miron-USA TODAY Sports

The NHL postponed Saturday night’s game between the Tampa Bay Lightning and host Dallas Stars due to ongoing power issues caused by the severe weather in Texas.

Thursday’s announcement will mark the fourth straight postponement for the Stars. Their games against the Nashville Predators on Monday and Tuesday as well as versus the Lightning on Thursday were also halted due to weather.

Makeup dates for all four games — including the 2020 Stanley Cup Final rematches involving the champion Lightning — will be announced as soon as it can be confirmed.

The league said the decision was made Thursday in consultation with the office of Dallas Mayor Eric Johnson.