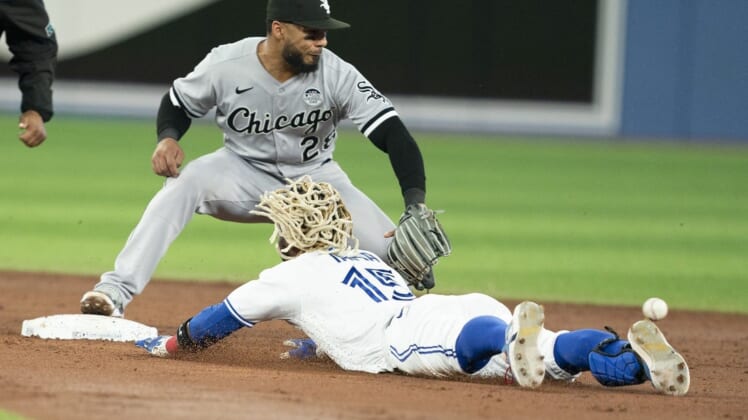 Chicago right-hander Johnny Cueto (0-2) allowed four runs (three earned) and seven hits and struck out five in six innings. He did not walk a batter.

Manoah worked out of a bases-loaded, two-out jam in the first inning.

Toronto scored an unearned run in the third inning. Raimel Tapia led off with a double to right and continued to third on Gavin Sheets’ throwing error. Bradley Zimmer was hit by a pitch. Tapia scored when Espinal grounded into a double play, which was not an RBI.

Toronto scored again in the fifth. Matt Chapman singled and was forced at second on Tapia’s grounder. One out later Tapia scored on Espinal’s double, making the score 2-0.

Vladimir Guerrero Jr. led off the sixth with a double and Hernandez followed with his third home run of the season to put Toronto ahead 4-0.

Manoah retired 16 straight batters before Jose Abreu led off the seventh with a single, extending his hit streak to 11 games. The next batter, Sheets, grounded into a double play, followed by Manoah striking out Yasmani Grandal to end the inning.

Tanner Banks replaced Cueto in the seventh and pitched around a walk and a single.

Former Blue Jay Reese McGuire singled with one out in the eighth inning and reached second on Leury Garcia’s two-out infield single. Luis Robert then stroked a two-run double to left center, cutting the deficit in half. Adam Cimber replaced Manoah. Robert stole third and scored on Yoan Moncada’s single.

Hernandez led off the bottom of the eighth with a ground-rule double against Reynaldo Lopez. Alejandro Kirk walked and Cavan Biggio hit an RBI double. After Chapman was hit by a pitch, Aaron Bummer replaced Lopez and got two outs before allowing Espinal’s two-run single. Jimmy Lambert then gave up Bo Bichette’s RBI single.

Trent Thornton pitched around a walk with two strikeouts in the ninth.