Sandy Alderson will step down as Mets president 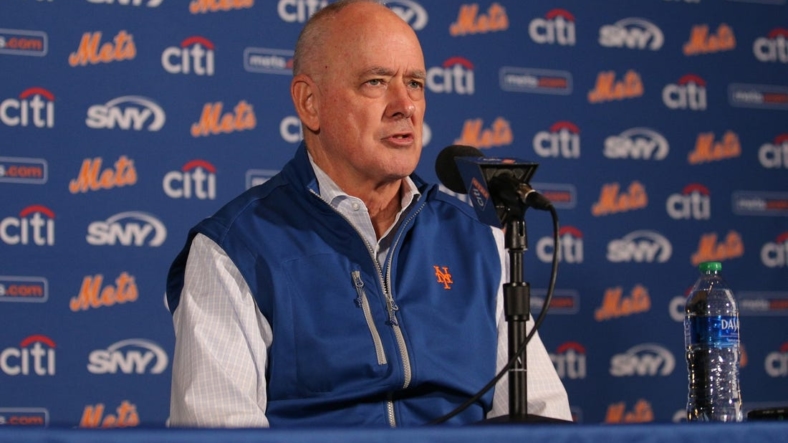 The New York Mets announced Thursday that Sandy Alderson plans to step down from his post as team president.

Once a new president has been hired, Alderson will take on a new role as special adviser to owners Steve and Alex Cohen.

“For me personally and for the organization, it’s the right time for this transition,” Alderson said in a statement. “We are having a successful season, we have made several key additions to our senior leadership team and we have built a strong and forward-thinking culture. When the time comes, I am looking forward to continuing to support Steve, Alex and the organization in a new role.”

Alderson first joined the Mets ahead of the 2011 season to serve as general manager. He stayed until July 2018, when he stepped down because of a relapse of cancer.

He overcame the cancer and was able to return to baseball in 2019, when he joined the Oakland Athletics, his second stint with that club, as a senior advisor to general manager Billy Beane. The Mets hired him back as team president in September 2020.

“When I asked Sandy to come back to the team, it was for a defined period of time and with a specific mandate — revive our culture and this iconic franchise for our fans, partners and employees,” Steve Cohen, also the Mets’ chairman and CEO, said in a statement. “Sandy has done those very things and more and we have begun a search for his successor. When we find that person, I have asked Sandy to continue in a new role as special advisor to me and the senior leadership team.”

No timeline was given for the hiring process. Alderson turns 75 in November.

Alderson’s best run of success came during his stint as general manager of the Athletics from 1983-97. The Athletics reached the World Series in three straight seasons (1988-90) and won the title in 1989.