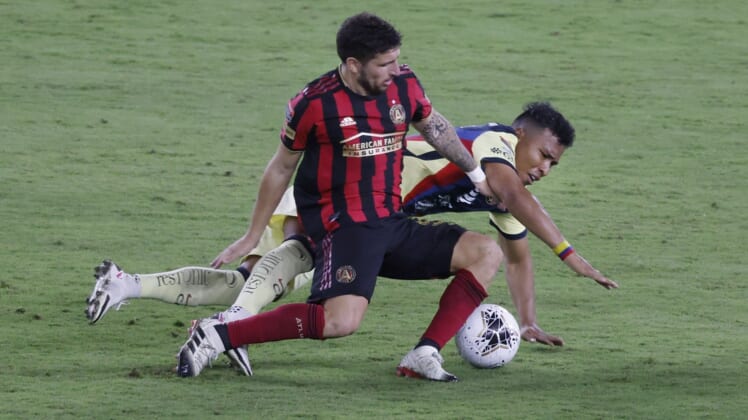 The San Jose Earthquakes acquired midfielder Eric Remedi from Atlanta United on Monday in exchange for $200,000 in general allocation money.

The deal could elevate an additional $300,000 GAM should certain performance-based incentives be met.

Remedi, 25, had one goal and set up another in assist in 18 matches (12 starts) last season with Atlanta United. The Argentine has one goal and three assists in 59 career matches (49 starts) since entering the MLS with the club in 2018.

Related: If you’re a fan of San Jose, check out #SJEarthquakes rumors, rankings, and news here.

“Eric is a player we’ve followed for many years and we’re excited he’ll now be representing San Jose in a key position of need,” Earthquakes general manager Jesse Fioranelli said. “His significant contributions with Atlanta have helped the team achieve success in a number of different competitions. Being able to structure a cap-friendly trade for a 25-year-old of his caliber with domestic success and three years of experience in Major League Soccer represented a unique opportunity for our club.”

“We want to thank Eric for his service to the club, helping us during our 2018 MLS Cup Championship and 2019 U.S. Open Cup Championship runs,” Bocanegra said. “We wish him the best of luck in San Jose and in his future.”