The Quakes signed the 26-year-old to a three-year contract through 2023 with a club option for 2024.

Nathan, whose full name is Nathan Cardoso, had been with Zurich since July 2019 and tallied three goals and an assist in 63 appearances.

“Reinforcing our defense was a priority and we are excited to add Nathan to our roster as we approach a dense schedule with more than two-thirds of the regular season still to play,” Earthquakes general manager Jesse Fioranelli said in a news release. “We believe Nathan’s age and skillset complements the qualities we have in our back line. We really like his athleticism and aerial game as well as the experience he accumulated both in Brazil and Switzerland.”

Nathan began his professional career in Brazil with Palmeiras. In 2017, he was among the group of players lent to Chapecoense after that team suffered a horrific plane crash that killed 71 people associated with the club in November 2016. 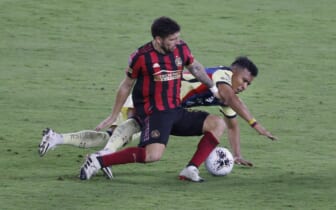