San Francisco man cons Vikings out of $70,000 for luxury suite 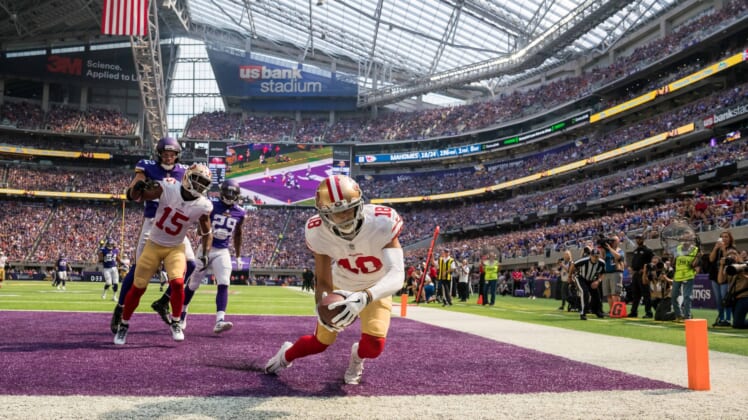 It appears that NFL teams are not the only beneficiaries of outrageous ticket prices for gridiron games.

In fact, the Minnesota Vikings found themselves victim of a scheme perpetrated by a San Francisco man to con the team out of five figures.

The story starts prior to the 2018 season. Daniel Escamilla had signed a contract to rent a luxury suite for the team’s season-opening September 9 game against the San Francisco 49ers at U.S. Bank Stadium.

The only problem here is that Escamilla used checks written off a closed bank account to pay for the suites. Once Vikings authorities contacted the now-fugitive, the story took a turn.

“Escamilla said he was sorry, then preceded to write another $225,000 in checks to the team to rent luxury suites for several other games,” a local CBS News affiliate in Minnesota reported.

The Vikings ultimately found out that those checks were also written off a closed account. After a quick investigation, the team learned that Escamilla had run the same scam in a different state.

In fact, the man had rented a luxury apartment near U.S. Bank Stadium in the lead up to the game. Once he threw a lavish party, Escamilla departed the residence without paying rent or even a security deposit.

Escamilla is currently on the lam with a warrant having been issued for his arrest. Meanwhile, the Vikings say they lost a cool $70,000 over the scam.

Outside of the outright forgery here, we have one question. Who still accepts paper checks in the year 2019?