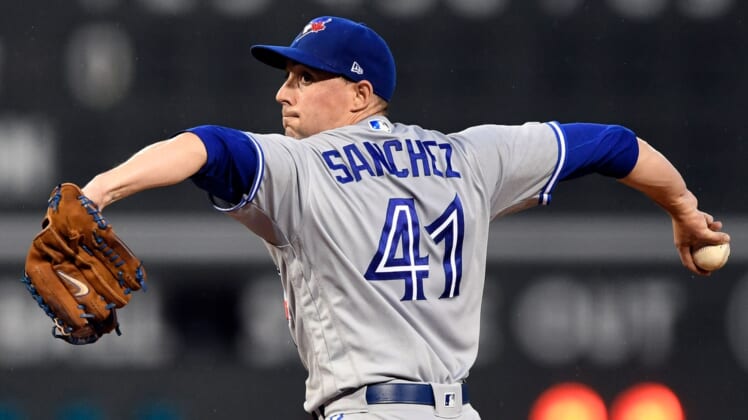 The San Francisco Giants are reportedly in agreement with free-agent right-hander Aaron Sanchez on a $4 million contract.

The San Francisco Chronicle said Tuesday night that incentives could raise the value of the deal to $6.5 million.

Sanchez, 28, did not play last season while recovering from a shoulder injury but reportedly threw 98 mph during a bullpen session last week.