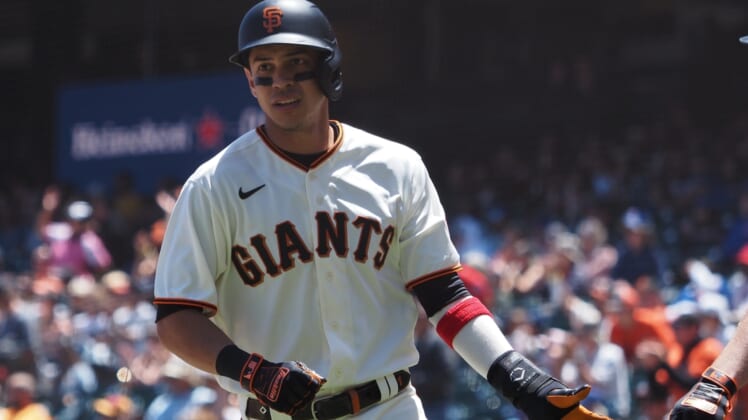 Dubon, who offers defensive versatility in the infield and outfield, is batting .234 in 66 games this season with five home runs and 20 RBIs. Since the start of June, the 26-year-old is batting .205 in 18 games with 10 strikeouts and a .244 on-base percentage.

Estrada, 25, returns to the Giants from Sacramento after playing three major league games earlier this season and going hitless in one at-bat. With the New York Yankees the past two seasons, Estrada batted .214 in 61 games with a .267 OBP.