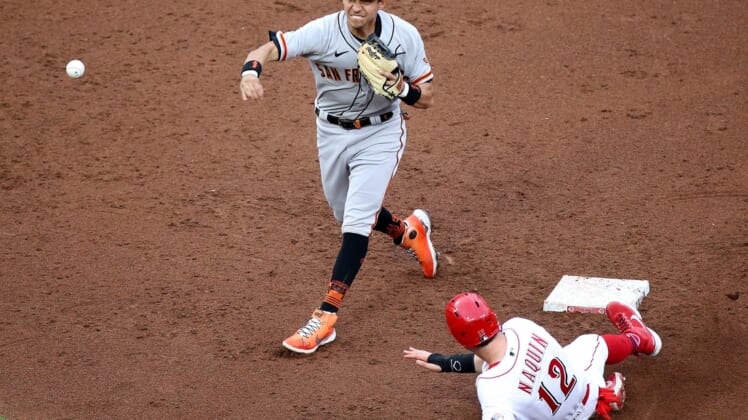 Solano has been sidelined with a calf injury that he sustained while running the bases on April 21 against Philadelphia.

The 33-year-old second baseman batted .300 with three RBIs in 17 games prior to the injury. He has a .325 average in 455 at-bats over the past two-plus seasons for the Giants.

Flores injured his right hamstring during Tuesday’s game against the Cincinnati Reds. He also was hurt while running the bases.

The 29-year-old Flores is batting .219 with three homers and 14 RBIs in 42 games this season. He hit 12 homers in 55 games last season in his first campaign with San Francisco.