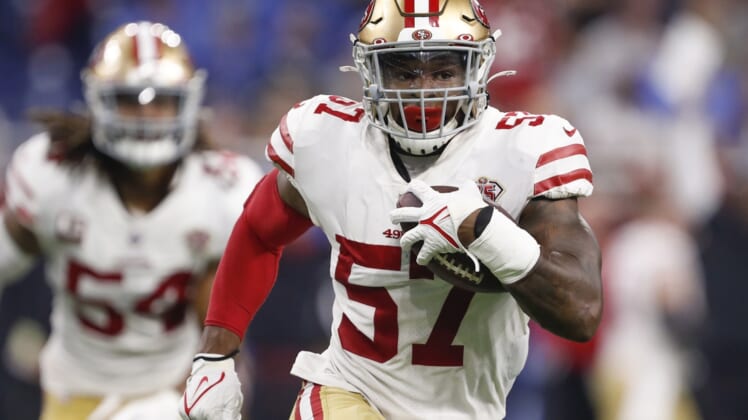 He suffered a groin injury in last Sunday’s season-opening 41-33 win over the Detroit Lions. The team announced earlier this week that he will have surgery to repair a core muscle injury, but he is expected to return this season.

Greenlaw, 24, left the game after returning an interception 39 yards for a touchdown late in the second quarter. He finished with six tackles.

He must remain on IR for a minimum of three weeks, meaning the earliest he could return to the lineup would be the Week 5 game at Arizona. However, head coach Kyle Shanahan said Friday that Greenlaw will likely miss four to six weeks.