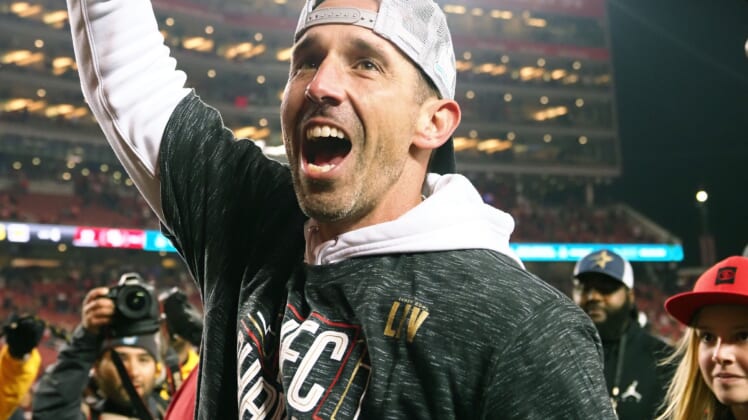 The San Francisco 49ers are happy with the job Kyle Shanahan has done as head coach and have extended his contract accordingly.

ESPN’s Adam Schefter reported Monday evening that the 49ers have given Shanahan a six-year extension. The new deal replaces the final three years on his old contract and keeps him tied to the 49ers through the 2025 season.

Previously, Shanahan had been an offensive coordinator for the Atlanta Falcons, Cleveland Browns, Washington Redskins and Houston Texans.

How much is Kyle Shanahan’s new contract worth?

Prior to agreeing to this new six-year deal, Shanahan had signed a six-year, $21 million contract with San Francisco.

According to ESPN’s Adam Schefter, this new contract “makes Shanahan one of the NFL’s five highest-paid head coaches.”

This means that Shanahan is making at least $9 million per year. Here’s how much the top-five coaches make per year, per CBS Sports.