The 49ers fans are expected to be owning Mexico City for "Monday Night Football." 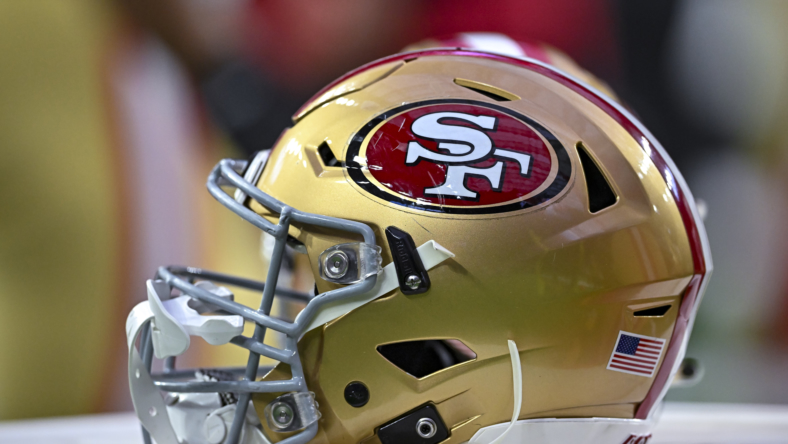 The San Francisco 49ers are one of the most popular NFL teams in Mexico. Look no further than George Kittle and Nick Bosa being among the top five in player jersey sales. On ESPN’s Monday Night Football, San Francisco will officially be serving as the visiting team against the Arizona Cardinals.

But that’s really where it all abruptly ends. According to David Lombardi of The Athletic, the sea of red that will be seen in Mexico City throughout Estadio Azteca, one way or another, will be leaning heavily toward San Francisco’s way in astounding fashion.

Everyone knows how well the 49ers’ fanbase travels no matter where they play, but a projection of filling 82 percent of a stadium that can hold well over 100,000 people for a football game was not on a lot of bingo cards heading into the night.

It’s simply wild to see this kind of dramatic differential in fan allegiance for any NFL game being held on a neutral site.

When 49ers players first appeared on the stadium’s big screen during warmups, the place reportedly went bananas while the “home team” Cardinals actually got booed any time they were shown.

As several videos of rabid 49ers fans have begun to circulate, none of this is difficult to believe.

Do you think George Kittle isn’t aware of this unusual advantage? Between Mexico’s love for Lucha Libre wrestling and the country’s glaringly strong devotion to the 49ers, the All-Pro tight end is doing all the right things to amplify the noise.

This might be a good time for Cardinals fans watching from home to fasten themselves to their respective lucky chairs because backup Colt McCoy will be the starting quarterback for the second straight week while Kyler Murray continues to nurse a hamstring injury.