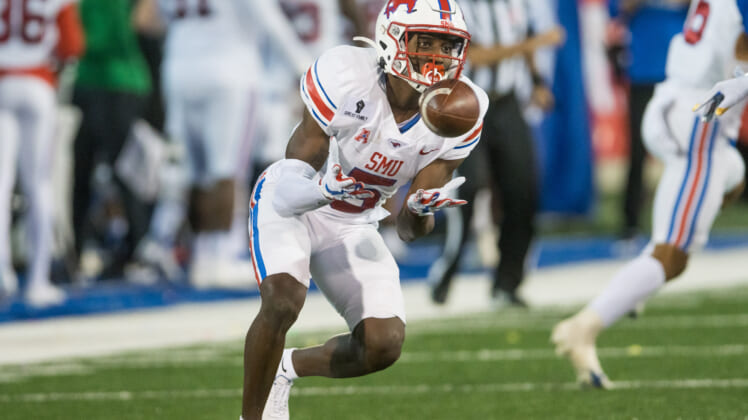 This year’s San Francisco 49ers draft did not include a first-round pick stemming from the blockbuster trade up for Trey Lance in 2021.

There was also a major backdrop to the 49ers’ draft. That included rumors of a potential trade of disgruntled wide receiver Deebo Samuel. While nothing came to fruition on this end, it’s still going to be a major storyline.

The same can be said for quarterback Jimmy Garoppolo. San Francisco has been attempting to trade him all offseason. It’s a complicated situation given Garoppolo’s price tag, the fact that he’s coming off shoulder surgery and the limited trade market for his services.

As for the draft itself, the 49ers found a couple gems after Day 1. They also made some rather surprising selections throughout the three day event. Below, we look at the San Francisco 49ers draft and grade their selections as a whole.

Related: 10 things we learned during the 2022 NFL Draft

Some thought that Jackson could slide into the bottom end of the first round given just how much teams valued edge rushers in the 2022 NFL Draft. That didn’t happen. Instead, the former USC standout fell all the way to the 49ers with the 61st pick. This represents a steal at a position of need.

The 6-foot-3, 254-pound Jackson is athletic and boasts the quickness to defeat offensive tackles out on the edge (25 tackles for loss, 12.5 sacks in three seasons with the Trojans). While he’s a bit light, that’s the type of edge rusher the 49ers have been looking for next to Nick Bosa. It’s why the team acquired Dee Ford ahead of the 2019 season, only to see him injury plagued throughout his tenure.

Jackson will now join a pass-rush group that includes Bosa, Samson Ebukam, Arik Armstead, Kemoko Turay, Kerry Hyder and Jordan Willis. It’s a deep group of pass rushers, meaning Jackson will have a hard time finding a ton of action as a rookie. However, he has the skills to be that future starter opposite Bosa.

Why go running back with their second pick in the 2022 event? It’s also interesting that the 49ers’ draft included them selecting a running back in Davis-Price who ESPN had as its 14th-best player at that position. We’re also talking about a back who is inconsistent in pass protection and didn’t show much in the receiving game during his time with LSU.

The likes of safety Nick Cross, tight end Jeremy Ruckert and and offensive tackle Daniel Faalele were all available at positions of need. We’re not saying that Davis-Price won’t excel in Kyle Shanahan’s system. This was just a reach and a luxury pick in a draft that the 49ers couldn’t afford either.

Related: Winners and losers from the 2022 NFL Draft

Whether Samuel is traded remains to be seen. The 49ers have opted to take a hard-line approach while he’s still dug in on being moved. Either way, adding a wide receiver to the mix had to be in the cards here. That’s what general manager John Lynch and Co. did with their final Day 2 selection.

The 6-foot receiver can be a dynamic threat in Shanahan’s offense. He’s tremendous after the catch, boasts top-end speed (4.33 40-yard dash). He showed a great amount of explosiveness during his time at SMU, averaging 15.3 yards per catch while scoring 13 touchdowns on 82 receptions. He could be an immediate impact performer behind Samuel and Brandon Aiyuk in San Francisco. 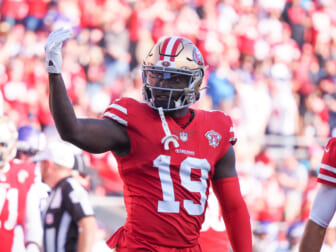 Fans and analysts find themselves too concerned over the positions teams target in the later rounds. It makes sense given today’s hot-take mentality. However, these teams know much more about the dynamics of the draft than we do.

The 49ers’ undrafted haul adds a layer to this. San Francisco added multiple players who could make the 53-man roster out of the gate. Linebacker Jeremiah Gemmel, defensive back Taylor Hawkins, wide receiver Tay Martin, safety Leon O’Neal and center Dohnovan West all had draftable grades according to multiple outlets. As for West, he’s a center by trade and most figured he’d land in the late third round. With Alex Mack’s situation up in the air, that was a big get for the 49ers.

The 49ers’ draft included several surprises and players from smaller schools. This has not been the team’s MO under Kyle Shanahan and John Lynch. Whether it works out remains to be seen. The team did receive value in the later rounds with defensive lineman Kalia Davis and defensive back Tariq Castro-Fields. The addition of Brock Purdy as Mr. Irrelevent could also be intriguing in Shanahan’s offense.

All said, it was pretty good draft from the 49ers’ perspective given that they didn’t have a first-round pick.