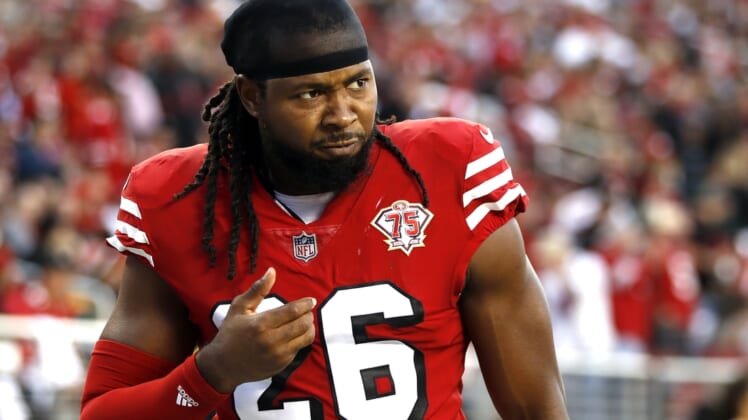 Norman was spitting up blood after the injury, which was due to tissue damage that caused internal bleeding, per the report. However, tests came back OK and Norman hopes to play in Week 4. The 49ers (2-1) host the Seattle Seahawks (1-2).

Norman, 33, was injured in the first half though it’s unclear how he was hurt.

He started against Green Bay and was credited with a tackle and a forced fumble. He played 30 snaps before leaving the game. Norman is in his first season with the Niners.

Norman has 15 career interceptions and 443 tackles in 122 games (97 starts). He was an All-Pro selection with the Carolina Panthers in 2015.