The NWSL expansion draft isn’t until Thursday, but the first-year San Diego Wave FC have already obtained their top choice.

Superstar Alex Morgan has been acquired by the Wave. No deals were revealed as the league’s trade window doesn’t open until Friday, one day after the draft.

The 32-year-old Morgan grew up in Southern California and was eager to return to the area with the new franchise, which is run by former U.S. Women’s National Team coach Jill Ellis.

“As a Southern California native, I am excited to be making a long-term commitment to Wave FC and the city of San Diego,” Morgan said in a news release. “I am coming home to partner with this ambitious new club and to push the league forward for generations of soccer players to come. I cannot wait to get started and I will do everything I can to help bring a championship to this great city.” 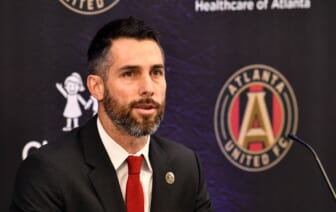 Of course, she is best known for her international play, which includes 115 goals in 190 matches.

Morgan helped the U.S. win World Cup titles in 2015 and 2019. She scored six goals in the 2019 World Cup, including five in a game against Thailand to match the American World Cup record set by Michelle Akers in 1991.

“This is an incredibly special moment for our club, our fans, and our community to welcome Alex and her family to San Diego,” Ellis, the club president, said in the news release. “She is an extraordinary person, a great talent and a leader on and off the field.”

San Diego last had a pro women’s soccer team from 2001-03 when the Spirit of the Women’s United Soccer Association played at Torero Stadium on the University of San Diego campus. Among the stars of the Spirit were then-national team members Julie Foudy, Shannon MacMillan and Joy Fawcett.

The Wave will also play at Torero Stadium this season.