San Diego Padres have made a run at Shohei Ohtani 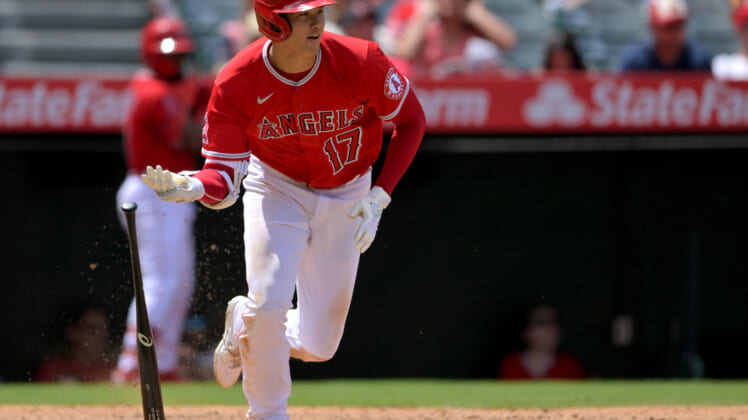 We’re less than 48 hours away from the MLB’s trade deadline passing, and several big names remain on the block. Los Angeles Angels two-way stud Shohei Ohtani has shockingly been tossed around in trade rumors, even if he seems like an unlikely bet to be traded before August 2.

Yet, as they’ve done in so many other cases, the San Diego Padres have engaged in trade discussions for Ohtani, seeing what the cost would be. But as The Athletic’s Ken Rosenthal notes, there is no belief a deal will get done. Ohtani still appears incredibly unlikely to change teams.

Instead, the Padres have turned to other trade ideas, including a potential blockbuster for Juan Soto from the Washington Nationals. But even that trade is tough to pull off. It’s still nice to hear the Padres involved in acquiring the biggest names in baseball, but actually getting a deal done is a different story.

Why Shohei Ohtani is untradeable

The Los Angeles Angels have yet to experience the success that’s expected when you have two of the top players in baseball. Not only is Mike Trout an annual All-Star and mainstay in center field, they also have Babe Ruth 2.0. You don’t trade Babe Ruth.

Shohei Ohtani is a generational talent. We’ve never seen a player of Ohtani’s caliber who can not only strike out your best hitter, but also hit home runs off your best pitcher. Five-tool player? This guy has six tools.

Not only would the Angels take a massive PR hit for trading the game’s most popular player around the world, but it would also leave the fanbase in shambles.

On one hand, a case could be made for the Angels to shop Ohtani simply to see what kind of value they could get in return. On the other hand, whoever they get would never amount to Ohtani. He takes up one roster spot, but really has the impact of two players, if not more.

It’s not Ohtani or Trout’s fault that the Angels have botched their tenures in L.A. so far. No one would blame Ohtani for wanting a trade to a place he can win immediately, and that appears to be the only way the Japanese native gets moved.