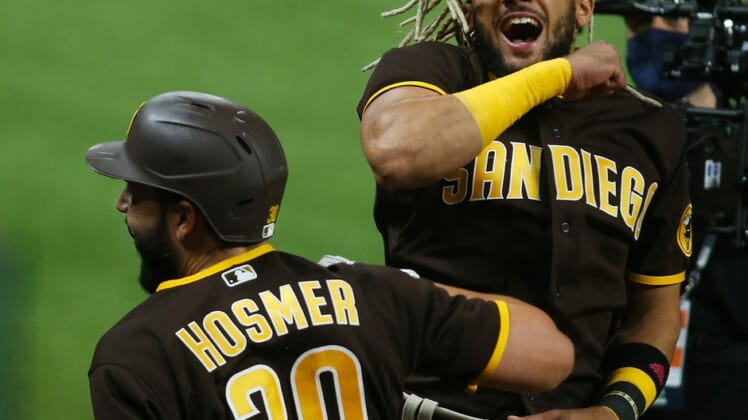 The San Diego Padres reinstated Fernando Tatis Jr. and Eric Hosmer from the COVID-19 injury list on Wednesday, and both were in the lineup for their afternoon home game against the Colorado Rockies.

Tatis, center fielder Jorge Mateo and left fielder Jurickson Profar were placed on the COVID-19 IL on May 11, with Hosmer and outfielder Wil Myers added the following day.

Both Tatis and Myers tested positive. Hosmer, Mateo, Profar went on the list because of contact tracing.

Despite the absence of four starters — only Mateo is a reserve — the Padres went 8-2 in their past 10 games.

On the season, Tatis is batting just .240 but has nine home runs, 14 RBIs and 23 runs in 26 games. The 22-year-old spent time on the injury list in April with shoulder inflammation.